The archive aims to collect, store, study, provide access to, and popularize collections and files that are often neglected by the State Archives collections. Thematically, the archive’s materials are related to urban history in its various manifestations and perspectives.

The UMA is also a place for analyzing archival data and rethinking the role of archives in society in general. We explore and seek to develop new and ingenious ways of evaluating, contextualizing, displaying, and applying different archival media and documents. The project is not about developing tools to digitize archival files. We aspire to unite the community of archivists with historians and the general public. 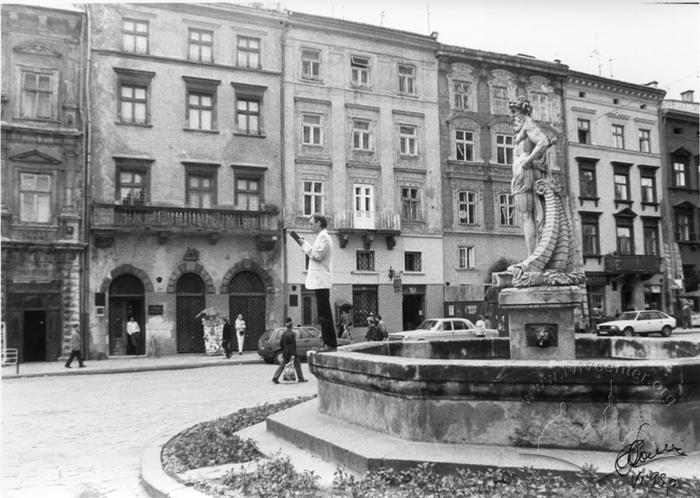 Fountain of Neptune at Rynok Square

Maidan symbols and slogans
The category consists of answers to the question of what should be considered symbols of Euromaidan, which slogans are favorite and which evoke negative emotions.
Read more
Identities of protest participants
The category is built around the respondents' thoughts about their identities, which were strengthened during the Euromaidan.
Read more
Perception of Ukraine and other states
The category combines the answers of the protesters to the question of whether Euromaidan has changed their attitude to Ukrainian society and the state as well as to other countries.
Read more
Organization of mobilization
The category is formed by quotations describing the organization and mobilization of society during the Euromaidan. People talk about their experiences of being involved in protests.
Read more
View all

How to access archival materials and which conditions shall be met?

Anyone submitting a request can access digitized photo, video file, map, or other materials from the Urban Media Archive...

Do you have anything left that has not been published online yet?

Yes, a large part of materials of the Urban Media Archive has not yet been posted on the website but they are available offline...

Can my own collection of materials be transferred to the Urban Media Archive?

Yes, if you have any interesting materials and wish to share them to become part of the media archive…

How to start cooperation with the Urban Media Archive?

We are open to cooperation with researchers, interns, artists, curators, and various institutions and initiatives...