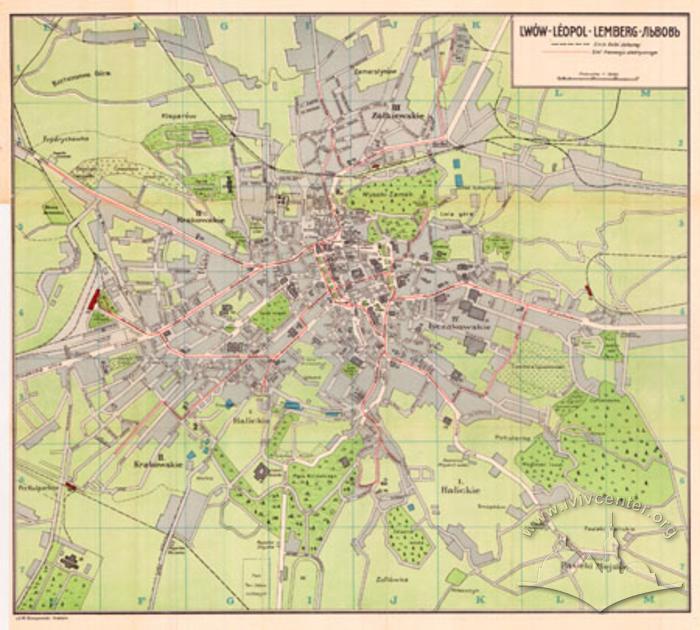 This map shows electric trolley and railroad tracks in Lviv; it was ordered by the Association for Popularizing Foreign Travel in Galicia (Krakow). The map was published in 1909 as an appendix to the English language guidebook "Short Guide to Lemberg and surrounding. 15 illustrations and 1 map. Edited and published by the Society for the Promotion of Foreign Travel in Galicia". A similar map is an appendix to the Polish version of the same guidebook.

The plan was printed in the lithographic establishment of Vatslava Krzepowski in Krakow (Lit. W. Krzepowski. Kraków).