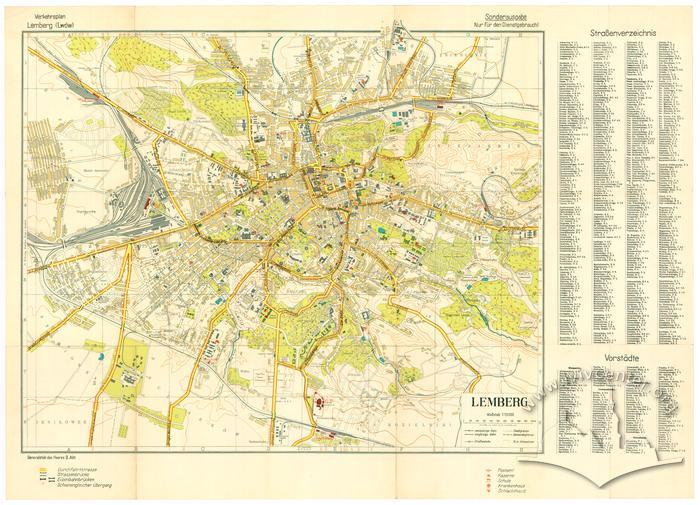 This map of Lviv, created for the German Army, shows the main transportation routes and strategically important buildings in the city.

The map is not dated; best estimates would be that it was made in 1939.

The map, created by the German General Staff of Ground Forces, 9th Division, was not intended for public use.

E. Romer Cartographic Institute Atlas’s Map of Lviv (Plan miasta Lwowa) printed by Knyzhnytsya-Atlas (Książnica-Atlas) in 1931 was used as the basis for this map.