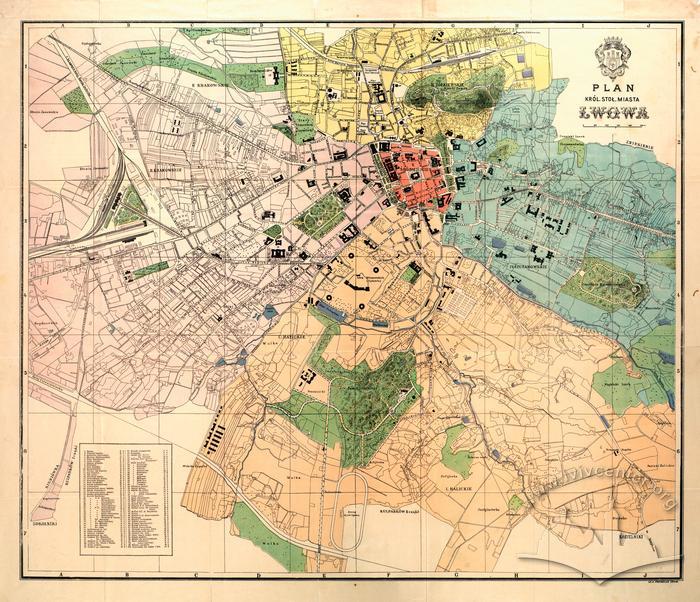 Plan of the Royal and Capital City of Lwow

This map depicts the city of Lviv at the beginning of the 20th century.

It can be assumed that the graphic depiction of the city was made on the basis of two previous maps created in 1890 and 1895 by Jozef Chowaniec (Józef Chowaniec), Adjunct Engineer at the Building Office of the Lviv Magistrate.

The map was printed by the Antony Przyszlak (A. Przyszlak) Lithographers.

The unique feature of this map is that it shows changes in the administrative divisions of the city which were implemented at the turn of the 20th century.