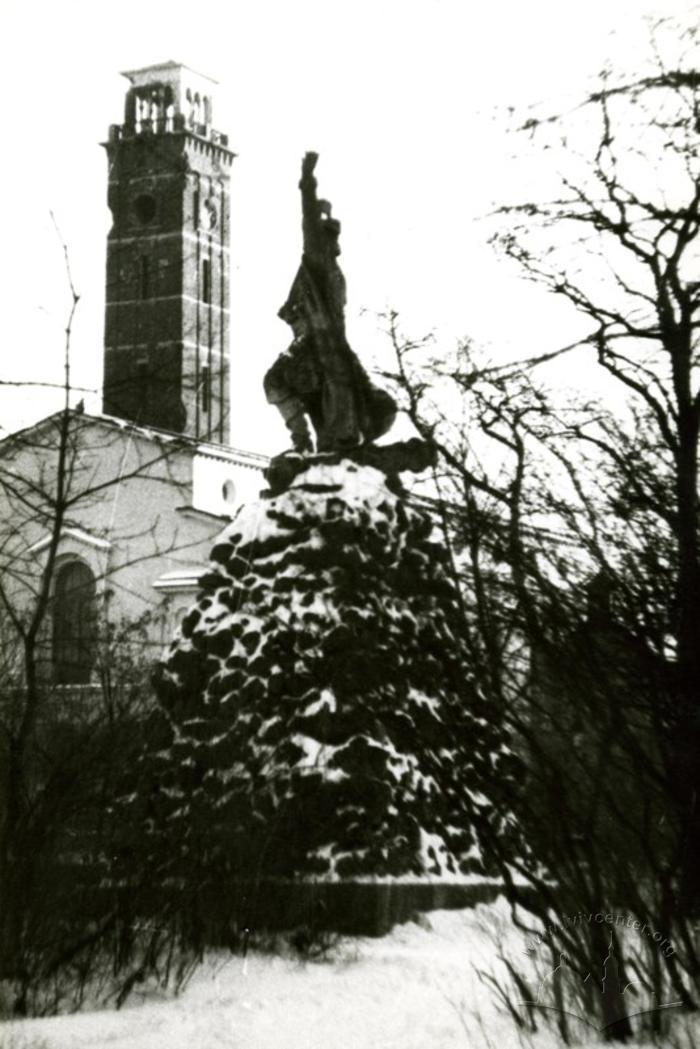 Back Side of the Monument to Bartosz Glowacki

The monument to Wojtech Bartosh (Glowacki), participant in the uprising of 1794 led by Tadeush Kostiushko, was done in 1906 by the sculptor Grzegorz Kuźniewicz to the plans of renowned Polish sculptor and owner of stone workshop Julian Markowski. This was the last monument created by J. Markowski, whose completion was disrupted by his premature death. The park, located near the end of Lychakivska Street, in which the monument was placed, was named Glowacki Park. The monument is a sculpture of the figure of Bartosh Hlovatskyi, placed on a stone foundation, built in the image of a cliff. On the side of the cliff facing Lychakivska road a plaque was inserted with a Norwegian labrador with the words “for Bartosz Glowacki, hero from Raclawic, citizens-artisans in Lwow MCMV”. The unveiling of the monument took place on July 9th, 1906.