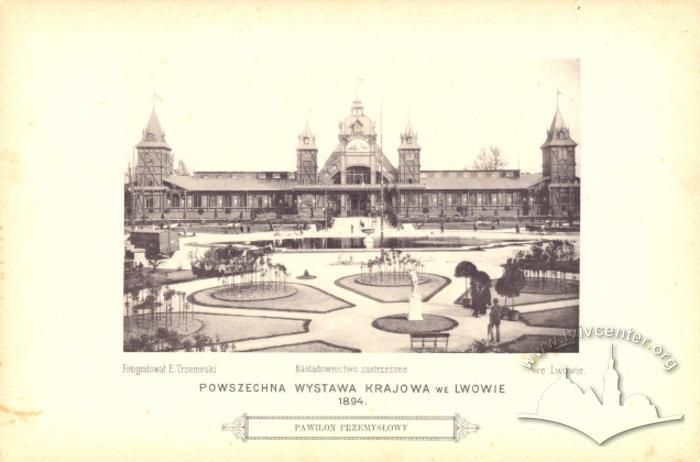 The industrial pavilion with the area of 5 985 m2 was designed by architect Franciszek Skowron (according to the concept of Karol Boublik, who directed the construction). The building was situated in the south east of the General regional exhibition, on the first square, formed by the central alley, in the direction from the main gate into the exhibition. The central element was a dome 32 m high, with a painting by Tadeusz Popiel decorating the pediment. The pavilion occupied the space between the central alley and Sviatoyi Sofii street. It was the biggest and the most important pavilion of the exhibition, presenting the accomplishments of industry in Galicia and directions of its development. Nowadays the building doesn't exist.