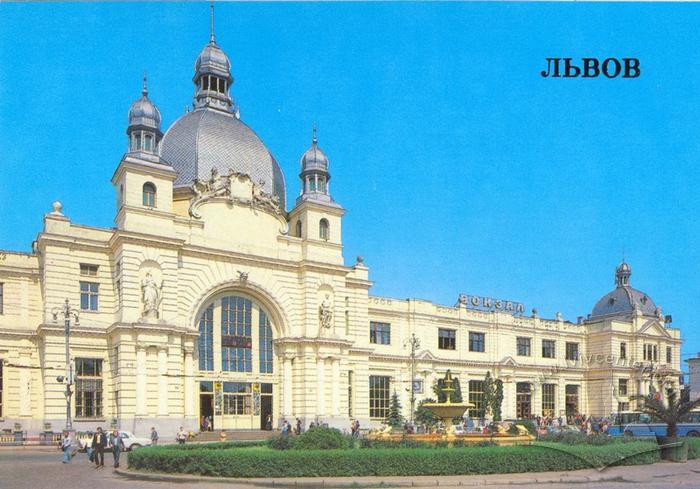 In 1888 the Polish architect and a graduate of the Lwów Technical Academy Władysław Sadłowski was selected to design a new station. The final project, prepared in less than a year, encompassed a large, horizontally-oriented main hall, with two large train yards located in the background. The main entrance was topped with a large dome made of bolted steel and stained glass. Both wings of the symmetrical building were constituted by two pavilions, each with a smaller cupola. The main entrance was flanked by a set of Tuscan columns and large mythological sculptures, with the one representing Hypnos being the most notable. Since Sadłowski was the main representative of the William Morris' Arts and Crafts movement in Poland, his project included not only the architectural part of the future building, but also the ornaments and decorations. The project of three waiting halls (one for each class of travellers) was prepared in cooperation with another graduate of Sadłowski's alma mater, Alfred Zachariewicz. The first class waiting hall was modelled after the style of an English gentleman's club, and was equipped with dark, luxurious Viennese-style furniture, resembling the works of the Wiener Werkstätte. The second class waiting room was modelled after 19th century burgher houses in Galicia, while the third class waiting hall was equipped with simple wooden pieces of furniture, modelled after the Zakopane style of Polish Gorals made by the artist Tadeusz Obmiński. The ornaments featured in the tunnels leading to the platforms and in the platforms themselves were prepared by the Kraków-based company of Józef Górecki. Made of bent steel, the balustrades and railings bore direct resemblance to the style of the Paris Métro ornaments designed by Hector Guimard. A design for the registers was constructed in Zieleniewski Maschinen und Wagonbau-Gesellschaft Werk Sanok, (Autosan). Construction started in 1899 and lasted until 1904, when the railway station was opened to the public.