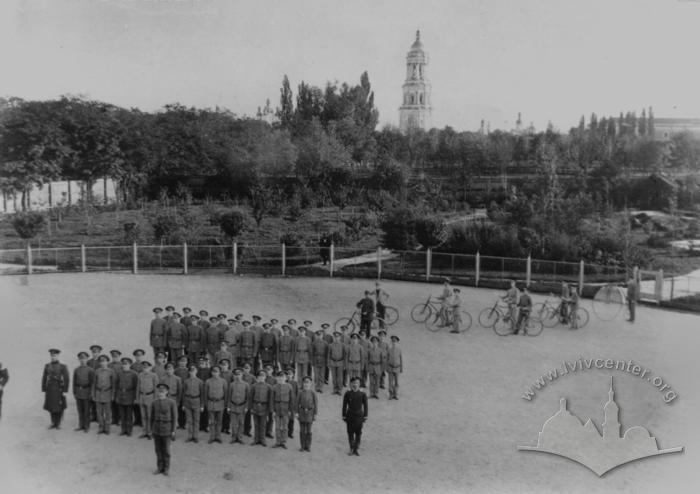 This late nineteenth century photo depicts the usage of bicycles during parade drills in the Kyiv Pechersk men’s gymnasium. Apart from the search of different ways of using bicycles for recreation, sports, and urban transport, the possibility of using them for military purposes does not seem to be out of the question; the bicycle could be used as, let us say, a substitute for the horse. There are nine bicycles on the photo. The first two are near some grown-up men in civilian clothes, perhaps, teachers, the others are the gymnasium students. The last bicycle in the row belongs to the penny-farthing type (with a large front wheel, a much smaller rear one and pedals attached directly to the front wheel). This kind of bicycles was a precursor of the modern type of the “safe bicycle”. Its presence may indicate that the first bicycles appeared in the educational institutions of Kyiv as early as before the 1880s.