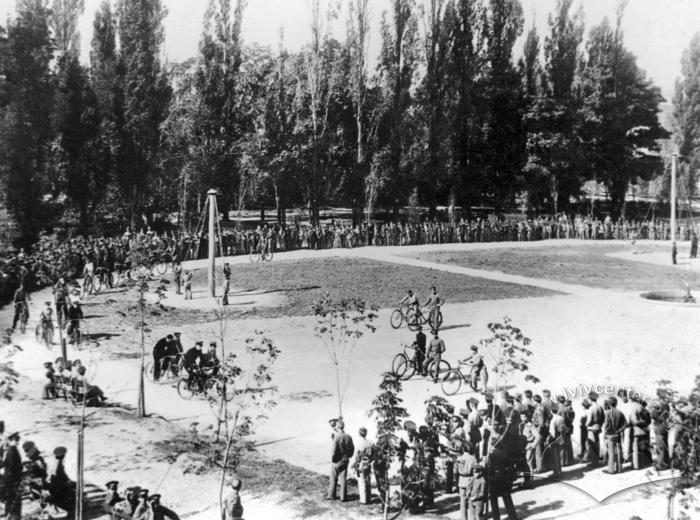 The students of the Kyiv gymnasium during a cycle racing competition

The students of the most prestigious Kyiv gymnasium during a cycle racing competition in the late nineteenth century (now the “Yellow building” of the Kyiv Taras Shevchenko University). The gymnasium garden serves as a cycle track. In the late nineteenth century the high society of Kyiv was really enraptured by the bicycle; besides, some new ways to use bicycles were searched for. Due to lack of hard and flat road surface and shortcomings of the first rubber wheels, bikes were not very widely used as a means of urban transport till the late nineteenth century. However, cycle races and bike trips became quite popular at that time. Cycle races gathered a lot of bike owners regularly, as well as spectators who were ready to pay for this sports show. In the picture, there are gymnasium students exercising in high-speed racing; this fact indicates that cycle racing was one of the encouraging sports in prestigious educational institutions.