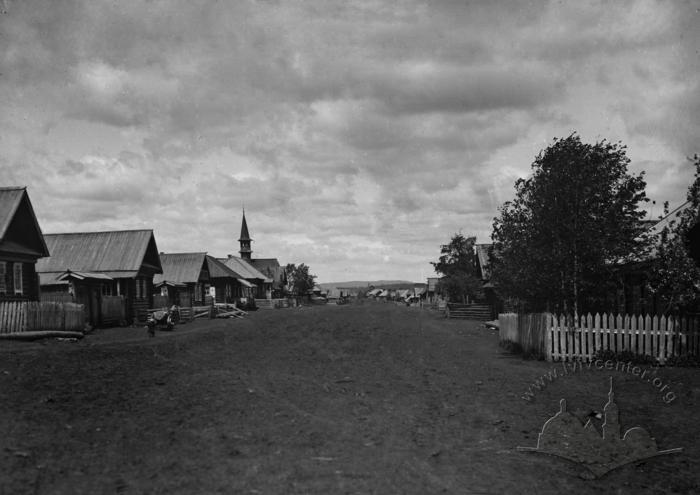 One of the streets of the settlement on the Trukhaniv island

In 1908 the population of the village of Trukhaniv numbered 6 thousand people, chiefly workers of the shipyard and their families. The photo depicts one of the 21 streets of the village; one can see wooden houses and an unpaved road. The first settlements on the Trukhaniv island were founded as early as the times of Kyivan Rus. Departments of the Dnieper steamship company were created there in the second half of the nineteenth century. There were a school, workshops, a yacht club, the “Ermitazh” park on the island. From 1895 it was connected by a telephone line with the estate of the shipping king, David Margolin. In the Empire time the Trukhaniv island was not a part of the city, so its usual ways were a bit different from those of the city itself. In view of the fact that the village was not included in the city limits, a large number of Jews lived there (there was no need for them to obtain a special permission for residence).