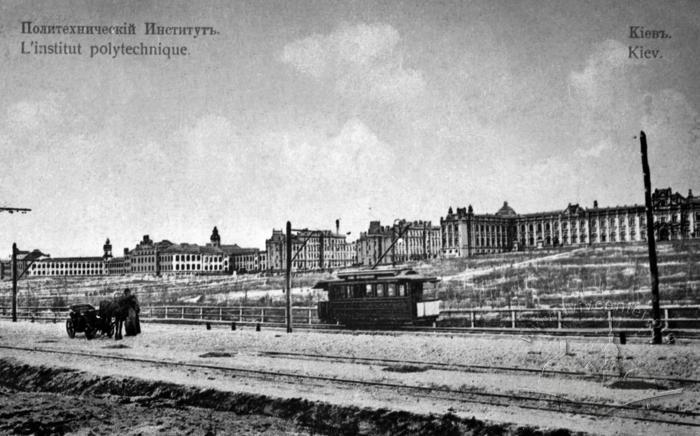 A view of the Polytechic Institute in Kyiv

A view of the Polytechic Institute in Kyiv, founded in 1898. According to a widespread European practice, modern educational institutions were built on the cities’ outskirts, with a perspective of subsequent development of the neighbouring areas. In this photo, dated to the early twentieth century, one can see three groups of buildings. On the left, there is the main building where the engineering, agricultural and mechanical departments were located; the chemical department is situated on the right; two residential buildings for teachers and service premises can be seen in the middle. In the foreground, there is a tram which connected the institute with the central part of the city. Later, a park was laid out on a waste ground in front of the campus.