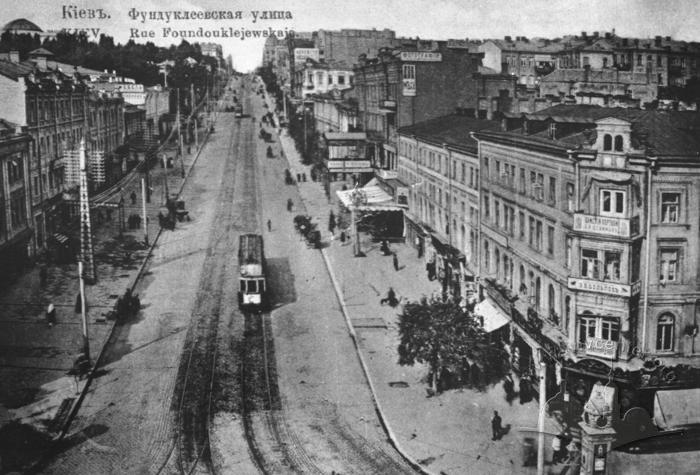 Fundukleivska (now Bohdana Khmelnytskoho) street in the early twentieth century. The photo depicts a certain stage of the urban development of Kyiv, in particular, the advent of the four-storied dense housing consisting chiefly of rented apartment buildings. One can also notice new approaches to the improvement of public welfare: the carriageway is paved with cobblestones, the sidewalks are separated from it by kerbstones. The street is electrified (there are refined electric posts there), an electric tram line is built. There are advertising signboards of various establishments (services) on the houses, in particular, a photo studio sign; the fact indicates an active urban life and, specifically, the role this street played in the city structure. A refined advertising pillar can be seen below on the right. Above on the left, there is a massive cupola of the Pedagogical Museum (later the Central Rada (Council) building; now the Teacher’s Building).