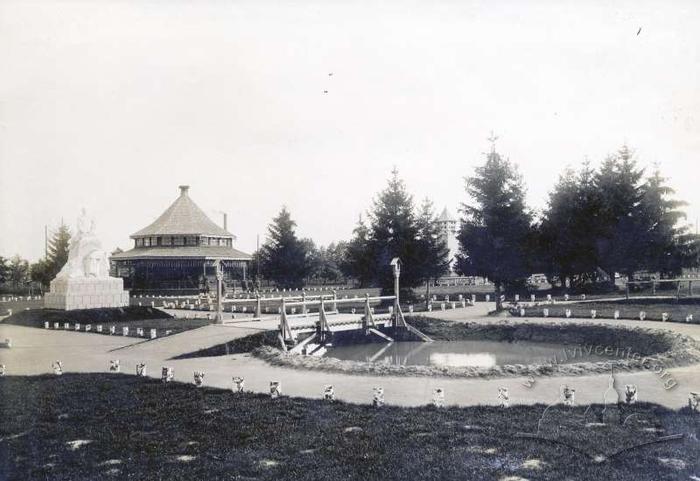 Monument to General Bem-Ermoli at an Austrian Military Exhibition

Monument to General-Colonel Bem-Ermoli commander of the Austrian 2nd army which liberated Lviv from the Russian army in 1915. The monument was put up on the boulevard behind the central pavillion of the Military Exhibition of 1916-1918. The author of the monument was sculptor Laiosh Lukach (approximate size 3.5 x 3.5 m). A socle decorated with a relief that presents a view of Lviv with adjacent mountain framed by spruce, which, might, symbolize the descent of Austrian armies from the Carpathians. In front of the monument a manufactured pond was made, over which a bridge lies, which connects the territory of the exhibit.