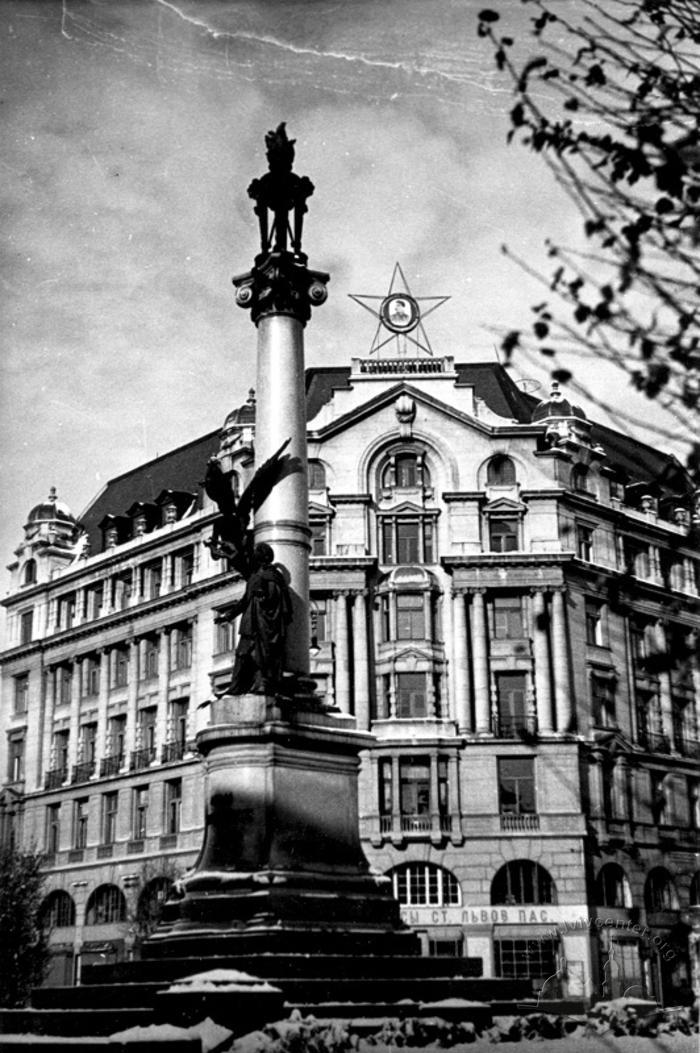 The photograph dated January 2, 1947 represents a view of the Adam Mickiewicz monument from the western side of the square. The monument to Adam Mickiewicz is one of the favorite objects of photographers of Lviv, both professional and amateur, starting from the very day of its opening. Mariacka Square (former Ferdinand Square), in the center of which the monument was erected, was named after the prominent Polish poet in December of 1944. Around the monument are stairs and a balustrade that were constructed around 1907 in accordance with the project of architect Teodor Talowski; flower beds were designed by the local parks inspector Arnold Rering. Behind the monument one can see building No. 8 on Mickiewicz Square. Over the central entrance of the building’s first floor there is a sign that says "Lviv Railway Ticket Office" (until the middle of the 1950’s it housed the railway advance ticket sale office which was later transferred to St. Anne’s Cathedral on the intersection of Horodotska and Shevchenko Streets). The building is decorated with a five-point star with a portrait of I. Stalin in the middle; it is possible that it was illuminated during the evening hours. Shop windows that look a little archaic are also noticeable on the first floor – they were replaced in the middle of the 1960’s when the building was reconstructed to host the Book Store (it is still located there).