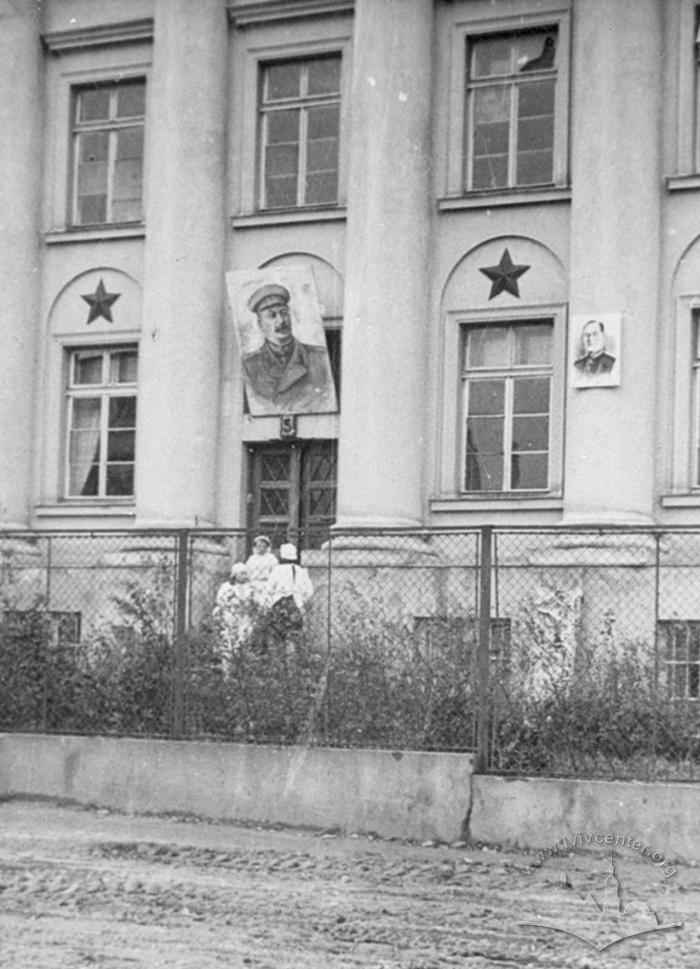 In the photo: entrance to the building No 5 on Boy Zhelenskoho st., former location of the David and Antonina Abrahamovych Foundation. The Abrahamovychyi educational institution was made up of a school and a boarding school- the Abrahomychyi Theological Seminary. The buildings were built according to the project of the architect Marian Nikodemovich in 1930, in a beautiful corner of Lviv, near StriyskyiPark. David Abrahamovich (1839-1926), was a well-known Polish conservative politician of Armenian descent. From 1883-1918 he was a deputy in the Galician Sejm (parliament), from 1875 to 1918- consul of the Austrian parliament; between 1907-1909- minister of Galician affairs. In 1924, together with his wife, Antonina Sukhodol’ska, he created a charitable foundation, the costs of which he divided among the Educational Institution for Youth and the Wawel Foundation, which he called upon for the trade of artwork with the goal of creating a so called Wawel gallery in the rebuilt Wawel castle.
Within the new history of Lviv the Abrahamovych Theological Seminary is marked by a tragic event. On the night of July 3, 1941 all the “cream” of the city’s Polish intelligentsia was taken here- 25 professors of Lviv universities and colleges, as well as members of their families, were brought together for the purpose of their brutal annihilation.
After WWII in the former buildings of the theological seminary a nursery building for infants was designated here for little orphans (such an institution already existed in 1939-1941) and a boarding school-orphanage. Today it is the regional clinic for extrapulmonary forms of tuberculosis. We thank our user Yuri Skoblenko for helping us to identify the image.