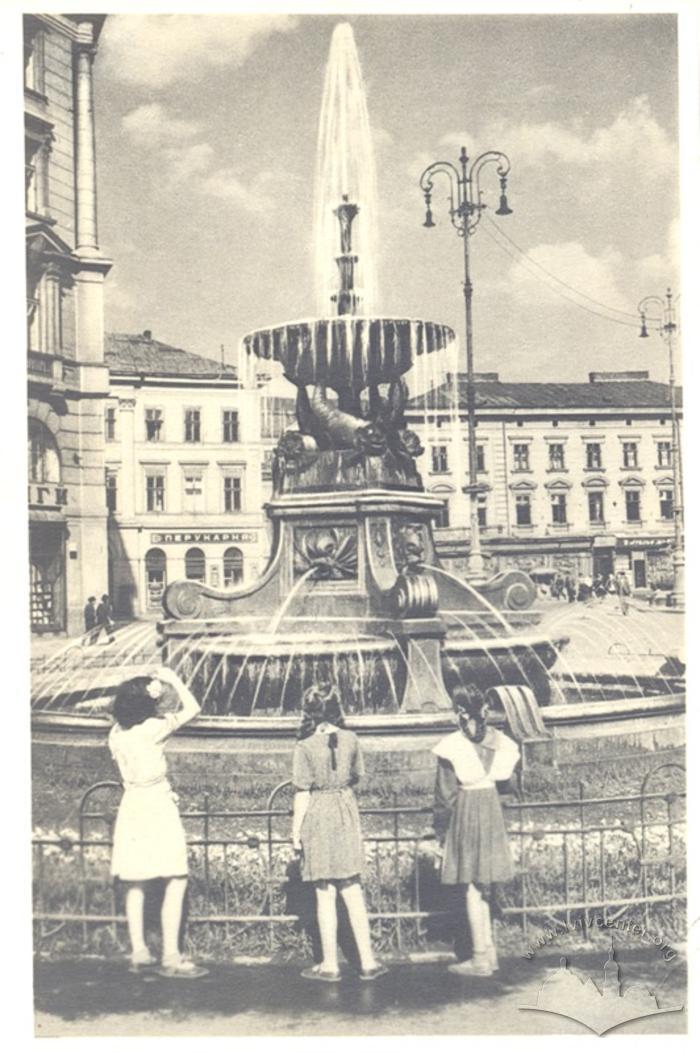 A postcard by the Central Republican Publishing House presents a north-western view of Mickiewicz square, focusing on the working fountain. To the right is a fragment of House No. 8, with an edge of the «Books» poster visible. The bookstore has been open in this place since the late 1950s. In the background are the buildings No. 9 and 10 (no longer extant), as well as old-fashioned electric lamp-posts, which had been in place since before the First World War. Among the children in the photograph is a girl in a school dress, and a festive white apron, which allows us to assume that the photograph was taken in May between 1956 and 1960. The price of the postcard advertised on reverse (85 kopecks), testifies to the fact that the postcard was printed before the monetary reform of 1961. After 1961, the postcard's price would have been 8.5, or rather 9, kopecks. There were only two days in May, when parade uniform was worn – Pioneers Day (May 19), as well as the official ending of the school year (May 25).