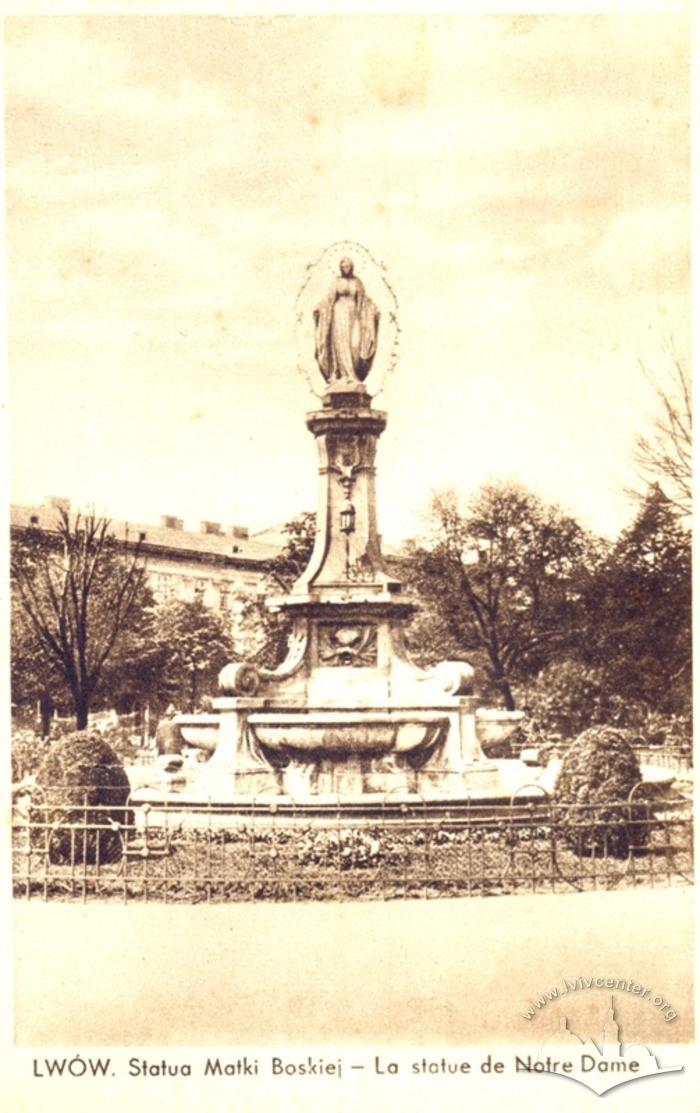 A view of the Virgin Mary statue from the side of the Mickiewicz monument. The statue is decorated with an aureole – a wreath of electric lamps meant to illuminate the statue in the evenings and at night. Evening illumination of monuments, churches and other historic objects was usual for Lviv in the 1930s. Beginning in 1862 the white marble statue, sculpted in 1859 by the Munich-based artist Johannes Nepomuk Hautmann, was the centerpiece of the Mariacka Sq. The statue was moved to its present location in 1904, to free the space in the centre of the square for a memorial to Adam Mickiewicz. The city authorities announced a contest to find the best architectural and artistic solution for the sculpture's new location and surroundings. The contest was won by the Lviv-based architect Michał Łużecki. He elaborated a project of a well with a fountain (a traditional motif for city squares), placing the statue of Virgin Mary on a high postament in the centre of the well.