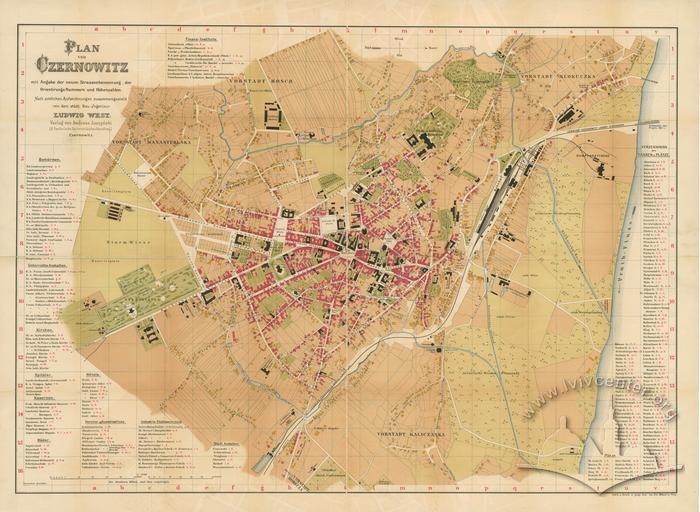 This map of Chernivtsi shows the territory of the city in the late nineteenth century.

The map is not dated. A publication by L. West dates it to 1888 [63], p. 20. 1891-1894 can be considered the outside date,as that is when the new Jesuit Church was built in the territory, marked on the map as Projektirter Stadttheil ("Prospective development").

The plan was drawn by the City Construction Engineer Ludwig West.

The plan was printed to order of Andreas Juszyński. The graphical execution and printing were carried out by the Eduard Hölzel's Geographical Institute in Vienna.

The map's toponymics comprises about 245 objects:

Characterization of the City:

The map shows the city of Chernivtsi at the beginning of its heyday – in the last quarter of the nineteenth century.