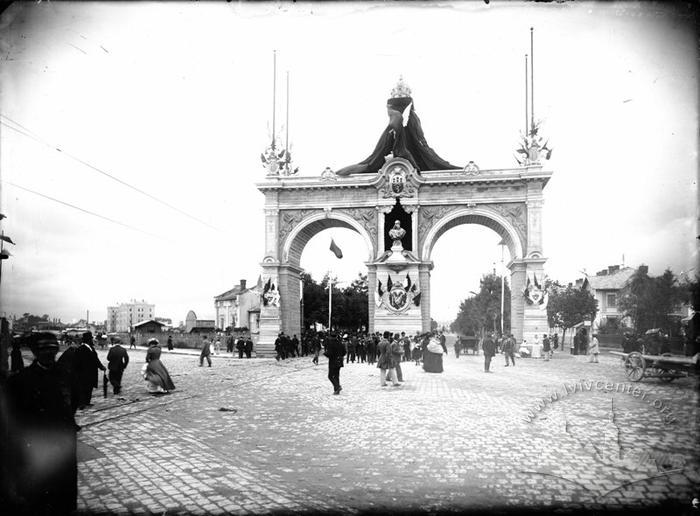 The picture shows a view of the Triumphal Arch which was erected on Horodotska Street (former Grudecka str.) at the beginning of the Railway Alley following the project of architect Karol Boublik. The bust of Franz Joseph I is seen in the center of the Arch, above it there is the coat of arms of the city of Lviv. The temporary Arch was constructed in honor of Emperor Franz Joseph I during his visit to Lviv. He came to the city on the occasion of the General Provincial Exhibition which took place in “Stryjskyi” Park on October 5-10, 1894. In the background there is an old railway station while on the left side one can see the building of Chernivetsky railway.