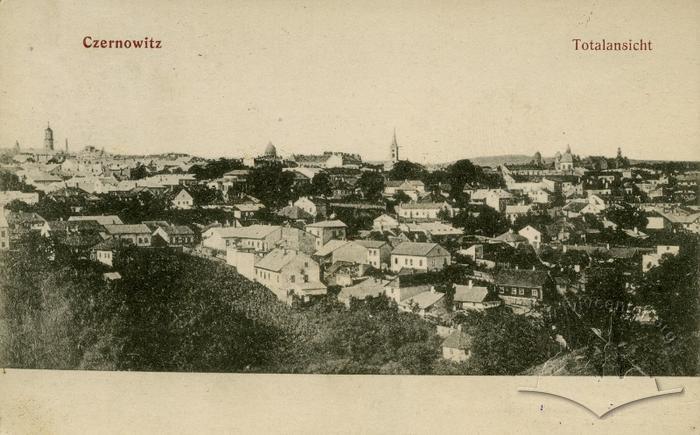 Panoramic View of the City

Panoramic view of Chernivtsi from the Northeast, most likely the photo was taken from the Weinberggasse. In front the old part of the city, the Untere Stadt (lower parts), dating back to the times of the Turkish Rule. In the back the modern parts of the city built in the 19th and 20th c. On the horizon starting from left: the tower of the town hall, the dome of the jewish Temple, the tower of the Catholic church, the domes of the Residence of the Greek-Orthodox Metropolitan and of the Greek-Orthodox Paraskeva church.
Helmut Kusdat