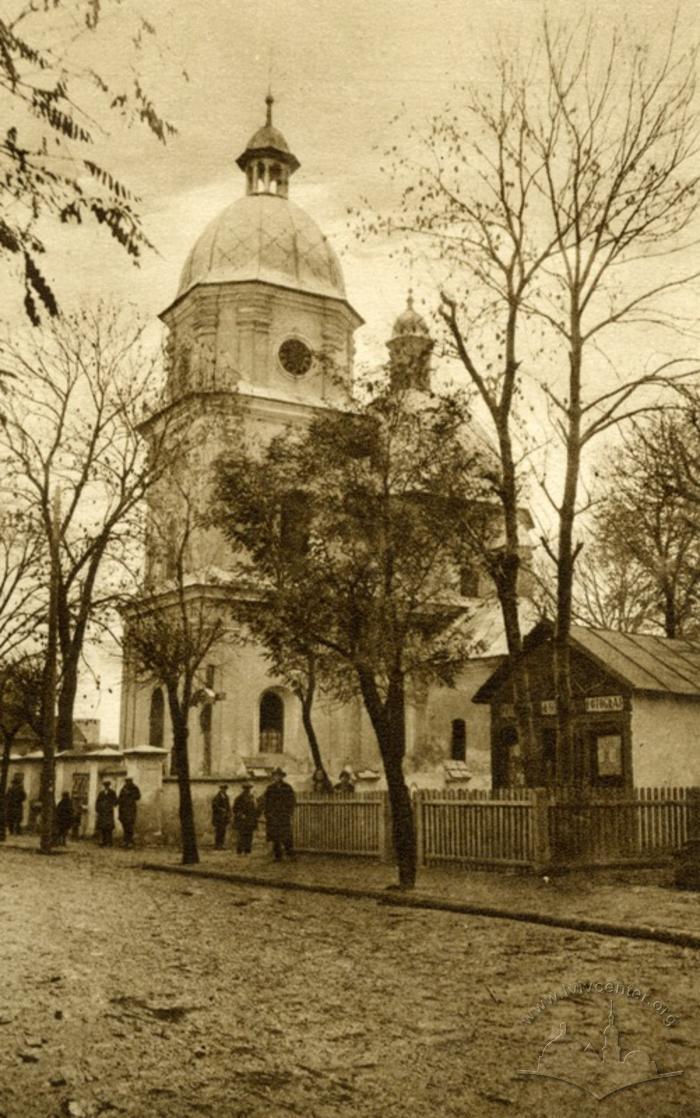 Church of the Nativity of Our Lady

The Church of the Nativity of Our Lady lies north of the Rynok [Market] Square, in today’s Ivana Franka Street (previous names: Łucka, , Leszniowska D-ra Goldhabera). The story of the church’s origins reaches into the late sixteenth century, although it is thought the church was constructed in 1600, and first documented mentions of the church date to 1628 and 1630. The church was originally wooden, and only began looking similar to its today’s appearance circa 1745-1749. A sacristy was added to the northern side of the altar after 1839. A clock was installed on the belfry in the nineteenth century. Throughout the history of Brody, the Great Church (as it was popularly known) was the main Ukrainian sanctuary of the city. The church saw renovation and restoration works in 1902-1904, and in 1937-1938. In the first half of the twentieth century, the church was painted by Anatol Jablonskyi, Mykhailo Osinchuk, and Mykola Fediuk. The Church did not suffer significant ruination from the two world wars. In Soviet times, the church was the only church active in Brody. Today the Church belongs to the community of the Ukrainian Orthodox Church – Kyiv Patriarchate. The picture shows a stone fence around the church (no longer extant today), a crucifix, and people in the street. To the right of the church, surrounded by a wooden fence, is the small building of L. Schneider’s photoshop. This later buidling was dismounted in the late 1930s, when construction of a two-storey stone house for priests began on this plot of land.
Vasyl Strilchuk