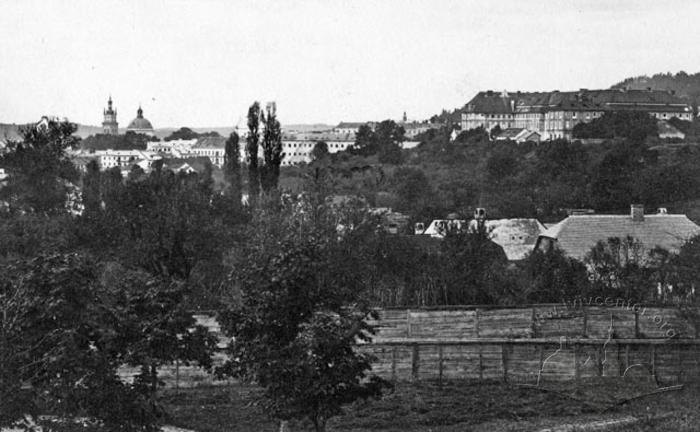 General view of the city

General view of the city from the Strilnytsia complex. On the right, the so-called “Chervonyi Kliashtor” (“Red Monastery”). In 1738-1746, on the slopes of Vysokyi Zamok, a new monastery was built by the Teatine Order according to a project by the a famous architect Gaetano Kiaveri, where a seminary - the Papal College - was situated. After the abolition of the order by the Austrian government (1784), the Teatines returned to Italy, and in Lviv Roman Catholic and Greek Catholic seminaries were established. In the Teatine Monastery in Teatynska Street (now M.Kryvonosa 6), artillery barracks were placed, and due to the red colour of the roof tiles the building was unofficially called “The Red Monastery”.

Tags:
View of the city, Korniakt Tower, dome of the Dominican Church, building of the Papal College
Category:
Panoramas