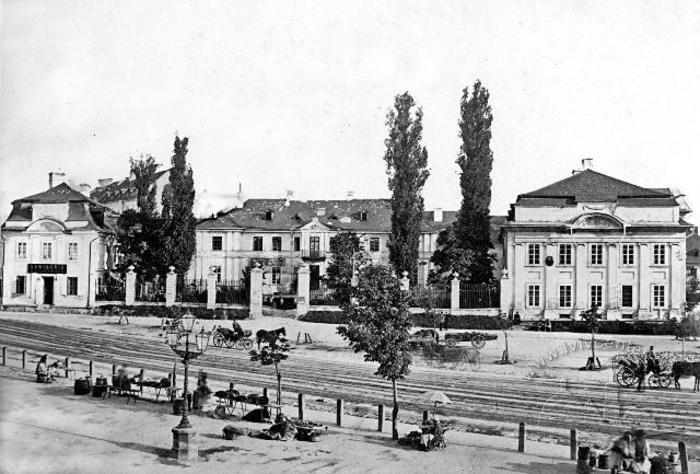 Former palace of the Bielski, Potocki, Komorowski, Uleniecki and Biesiadecki families on Halytska Square 10, built (or rebuilt from a previous building) by the architect Ricaud de Tirregaille in the mid-18th century. At the end of the 18th/beginning of the 19th century, there was a post office in the building, used, at the end of the 19th century by the Chamber of Commerce and Industry for a permanent exhibition of regional products. After restoration in 1934 (architect Y. Bahenskyi) there were plans to locate the Ethnographic Museum and the Museum of Cherven’ region in the former palace, but the Second World War foiled this project. During Soviet rule the Lviv Regional Library was located in the building.