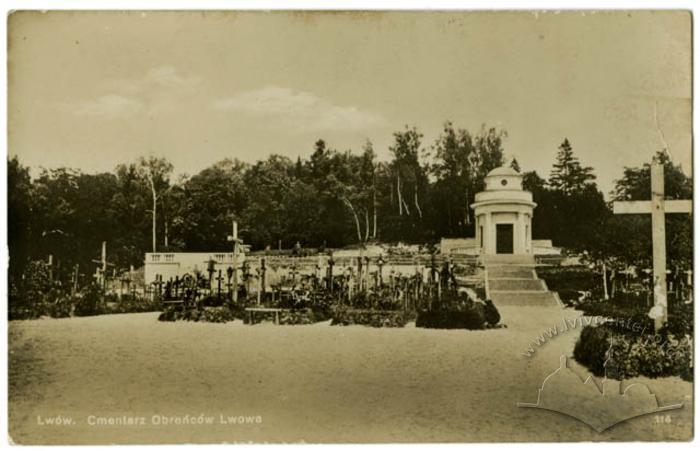 The photograph presents a fragment of the Cemetery of Polish Eaglets in the Lychakiv cemetery. Buried here are Poles who fell during the dramatic events of the Polish-Ukrainian war of 1918-1919. A competition for the project of the memorial complex was announced in 1921. It was won by young engineer and student architect at the Lviv Polytechnic, Rudolph Indruch. The first stage of the project's implementation consisted in building a chapel - its cornerstone was laid on March 26, 1922, and the chapel was consecrated on September 28, 1924. A monument to American aviators, erected to the left of the chapel, was unveiled the following year (May 30, 1925).