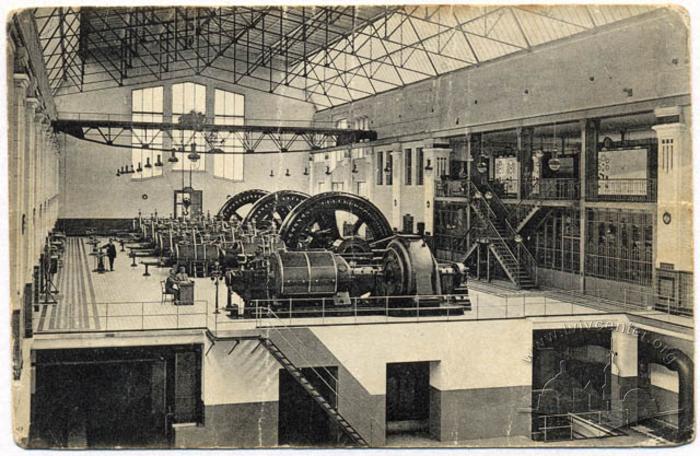 The photograph presents a fragment of the machine room interior at the city's 5,000 Volt alternating current power plant, which was constructed in the Persenkivka (Persenkówka) suburb in 1908-1910 to service the tram network and illuminate the city. To the right is the distributor section. The project for the plant was outlined in 1907 by architect Adolf Piller, following the initiative of Józef Tomicki, Director of the City Electrical Facility, and based on the technical data he provided. The city council provided a loan of 10,000 crowns to construct a modern power plant. The building of the power plant is a vivid example of Lviv's early twentieth century industrial architecture. It was constructed by architects Alfred and Kazimierz Kamienobrodski.