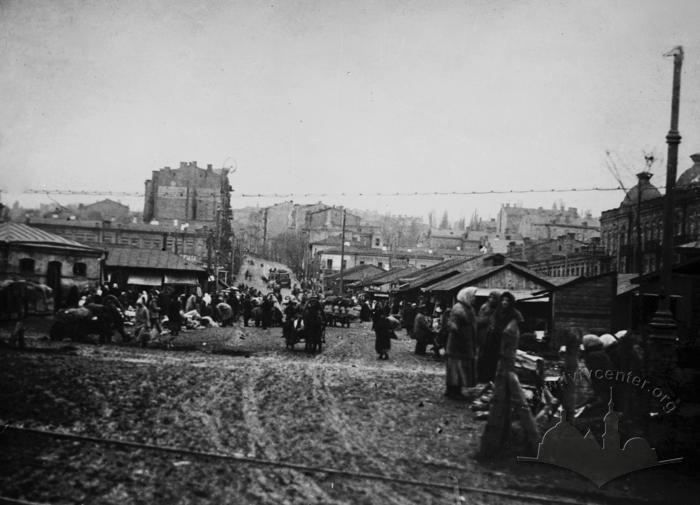 The Jewish market on the Halytska (now Peremohy) square. In the late 1850s Jews were allowed to conduct trade in this place. At the same time they were also given permission to settle in some fixed areas of Kyiv, the Halytska square included as a part of the Lybidska area. In 1909 the Halytska synagogue was built not far from there. The market existed there till the mid-twentieth century. It can be seen from the picture that trade was conducted both from special stalls and from carts as well as directly from the ground. The photo shows that the square was not paved at that time. In some distance, on a part of Bibikovsky (now Shevchenka) boulevard, which was already built up with a rather dense town housing, a tram (perhaps a horse one) is seen. In the foreground, there is also a tram track leading to the train station and still existing now.