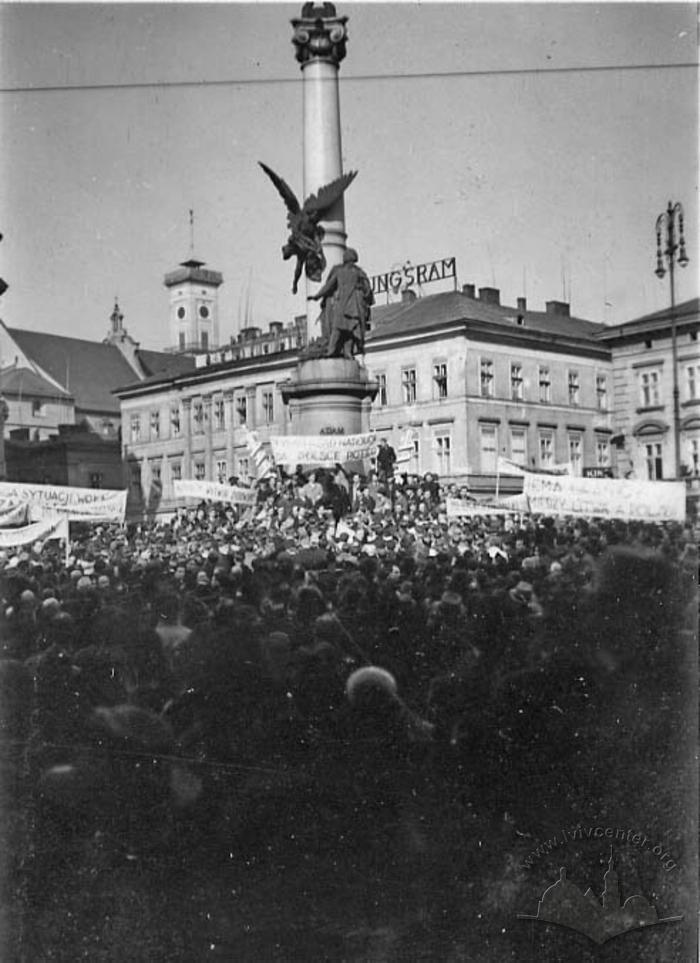 A typical picture from Liv in the 1930’s, when – during the stagnation period – there were countless meetings and demonstrations organized by political parties, in particular the Polish Socialist Party, which had many supporters even during the Austrian period. After World War I the Polish Social-Democratic Party of Galicia and Slonsk united with the Socialist Party. The image shows one of those political meetings that gathered supporters with signs around the Mickiewicz monument. In the background are buildings No. 9 and 10 on the eastern side of the square, as well as a fragment of the Latin Cathedral and the City Hall tower.