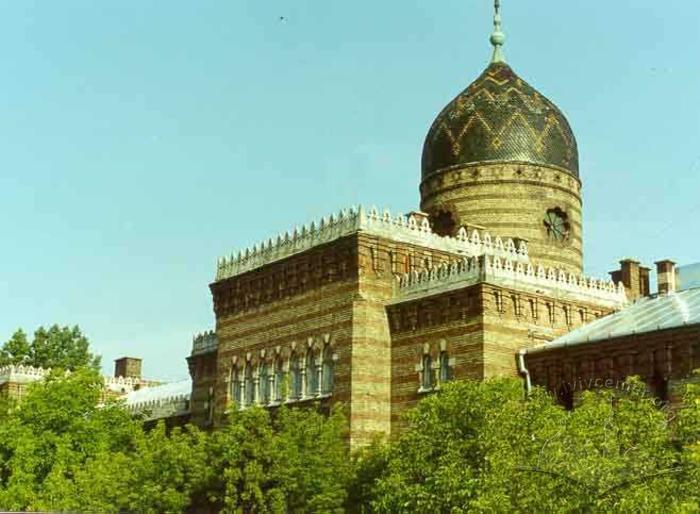 Contemporary photograph of the former Beth Chulim Jewish Hospital, which is still an active childbirth hospital in Rappoport St., named after the founder of the hospital, Jakow Rappoport. The house was projected in Moorish style and richly decorated with Oriental and Jewish symbols. In its architectural and pictorial design the hospital is reminiscent of the Budapest Synagogue, the largest Synagogue in Eastern Europe. The project of the 100-bed hospital was prepared by the famous Lviv architect and architectural theorist Kazimierz Mokłowski, who cooperated with Ivan Levynskyi’s construction company, who realized the project.