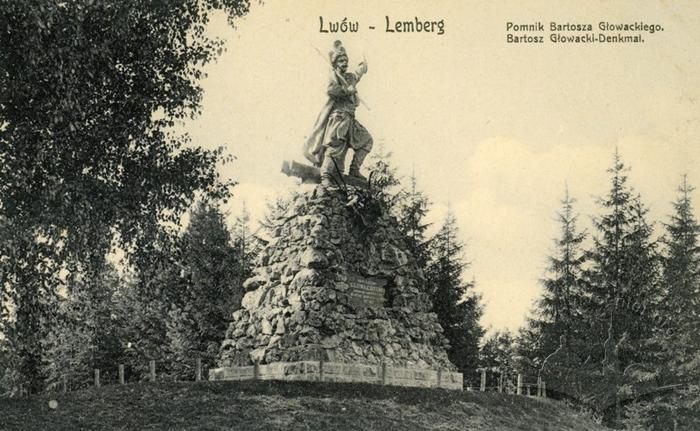 The monument to Bartosz Glowacki was constructed in 1906 by the sculptor Grzegorz Kuzniewicz to the plans of renowned Polish sculptor and owner of stone workshop, Julian Markovski, grandson of the famous Jan Schimsera, student of Paris Filippi. This was the last monument created by J. Markovski, whose completion was disrupted by his premature death. The park, located near the end of Lychakivska Street, in which the monument was placed, was named Glowacki Park. Polish villager Wojtech Bartosz (1756-1794) was one of the chief reapers, who, armed with cutters, took an active part in the Polish national uprising of 1794, which was initiated by Tadeusza Kosciuszki. In the battle with the Ratslavytsi, which took place on April 4th, 1794, he marked himself with bravery and heroism; after the battle he was made the cornet of the Krakow grenadiers; in addition, from this time on he received the surname Glowacki.