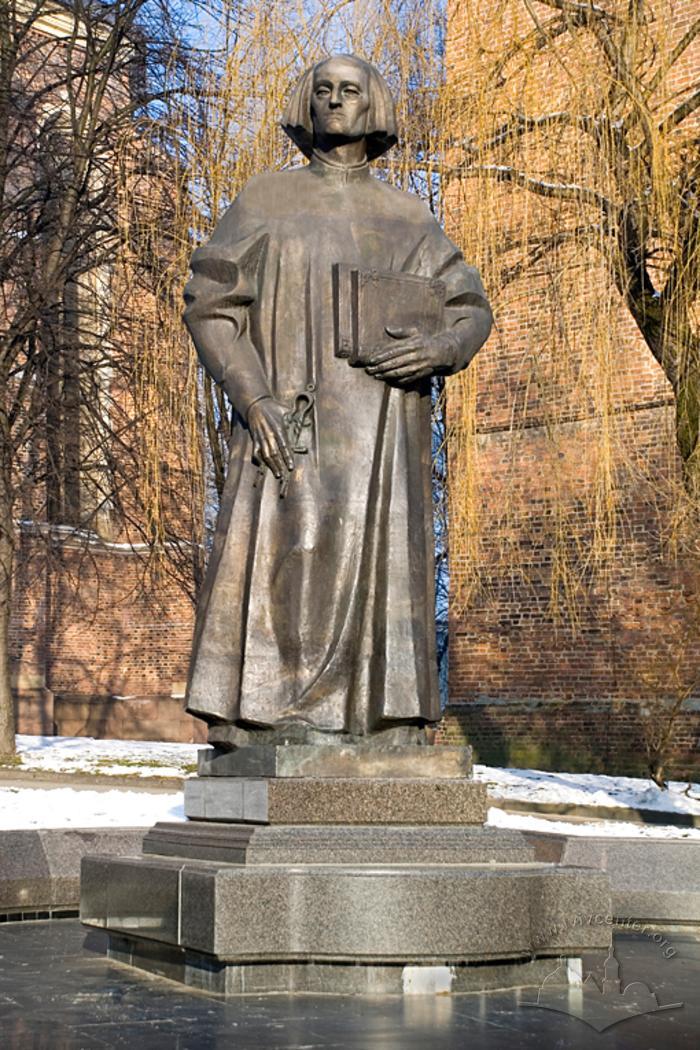 Monument to Yurii Drohobych, the famous Ukrainian-born astronomer, astrologist and philosopher. Georgius Drohobicz (1450-1494) completed his early education in Drohobych/Drohobicz and Lviv/Lwów. He received his Master’s degree in Cracow in 1472. Drohobych then went to Italy to continue his studies, and received his Doctor of Liberal Arts degree (later followed by a degree of Medical Doctor as well) from the University of Bologna. In 1481-82 Yurii Drohobych was elected Rector of the University of Medics and Artists in Bologna. In 1483 he became the first Ukrainian author of a printed book – his Iudicium prognosticon Anni MCCCCXXXXIII was published in Rome. In 1487 the scholar returned to the Jagellonian University in Cracow, where he taught astronomy and medicine to, among others, Nicholas Copernicus. The present monument to Yurii Drohobych, constructed in 1999, was authored by the famous Lviv sculptor Teodoziya Bryzh (1929-1999). In the background, gems of medieval architecture of Drohobych can be seens – the St. Bartholomew Church (1392-1511), and a defensive tower from the thirteenth-fifteenth centuries.
Oleh Vvedenskyi