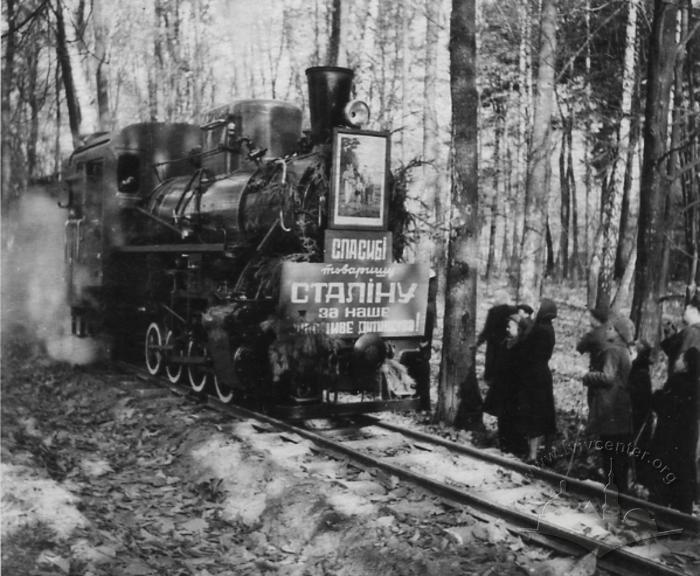 The photograph depicts the festive opening of the Lviv Children’s Railway on November 8, 1951. The Children’s Railway was a popular destination for children, and a teaching base for future railway workers. The railway is situated in Stryiskyi Park’s upper terrace, with tracks laid along the park’s perimeter, from Ivana Franka St. to the park entrance on Stryiska St. (near the Bohdan Khmelnytskyi Park). The builders of the railway used old tracks that dated back to the General County Fair of 1894, and joined the Persenkówka/Persenkivka station with cargo train platforms of the Targi Wschodnie/Skhidni Torhy (Eastern Market) pavillion area. The initial length of the children’s railway was 1,850 meters (approx. 6,070 ft), the line had three stations, and a train consisting of a locomotive and four wooden cars ran along the route. In the 1960s the old train was replaced with a newer onewith metallic cars. During reconstruction works on Stryiska Streets in 1976, the length of the tracks was shortened, and one of the stations demolished.
Oleh Vvedenskyi