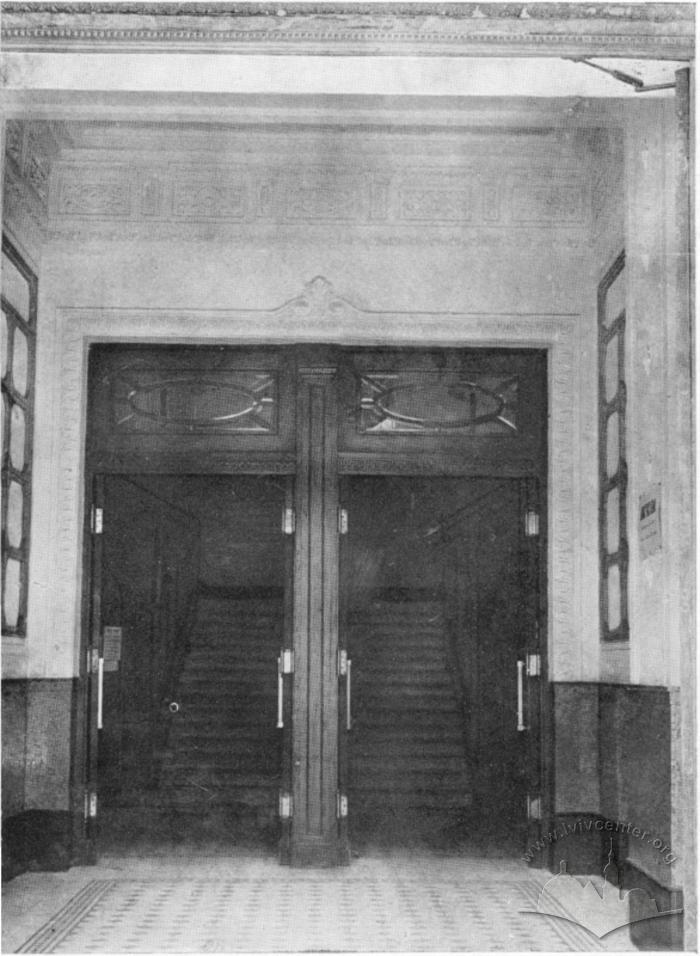 The building of the “Magnus” Shopping centre was built in 1912-1913 by the renowed Polish architect Roman Felinskyi. The project was brought to fruition by the building firm of the architect Mihal Uliam, where R. Felinskyi held the position of director of the architectural department. Architecture historians believe that the model for the architect was the structure of the shopping centre in Berlin on Leipziger Strasse built in 1896, according to the plans of architect Alfred Messel. The structure “Magnus” is a shining example of world industrial-commercial architecture of the early 20th c.; its construction was realized thanks to the private investor-engineer Skibnievskyi and co. In the picture- inner doors, carved portal decorated by chamfer glass panes. In the tambour and hall, where visitors could see advertisements on the walls and the inventory of shops found in the commercial centre, there were many embellished with plaster decorative elements and marble. The passage led through double doors to an elevator hall and stairwell. As today, four elevators functioned in “Magnus”- two passenger ones between the stairwells, and two for goods, on either side of the stairs.
Dmytro Zavrazhyn