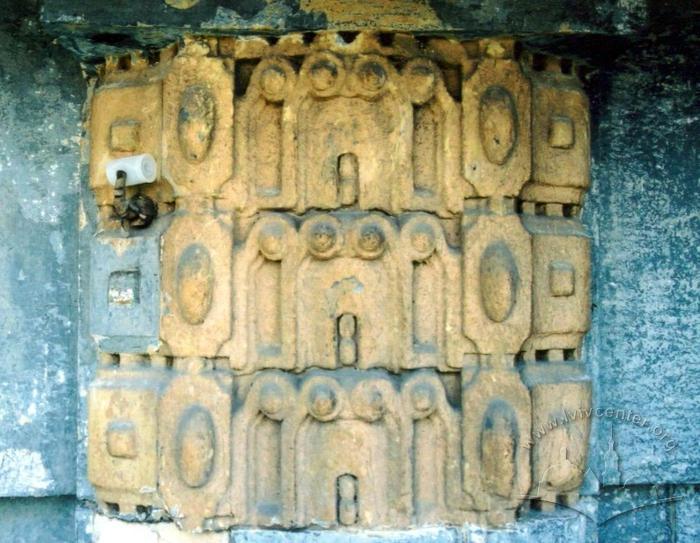 During the reconstruction of the commercial centre “Magnus”, in 2003, the original colour of the building was unexpectedly unveiled after the removal of the top coats of paint. The photo presents the appearance of a fragment of capitals of the exterior pilasters. Today it is hard to imagine that “Magnus”, built in 1913, was a bright light blue colour, with golden yellow paint on separate pasted decors. The building of the “Magnus” Shopping centre was built in 1912-1913 by the renowed Polish architect Roman Felinskyi. The project was brought to fruition by the building firm of the architect Mihal Uliam, where R. Felinskyi held the position of director of the architectural department. Architecture historians believe that the model for the architect was the structure of the shopping centre in Berlin on Leipziger Strasse built in 1896, according to the plans of architect Alfred Messel. The structure “Magnus” is a shining example of world industrial-commercial architecture of the early 20th c.; its construction was realized thanks to the private investor-engineer Skibnievskyi and co.
Dmytro Zavrazhyn