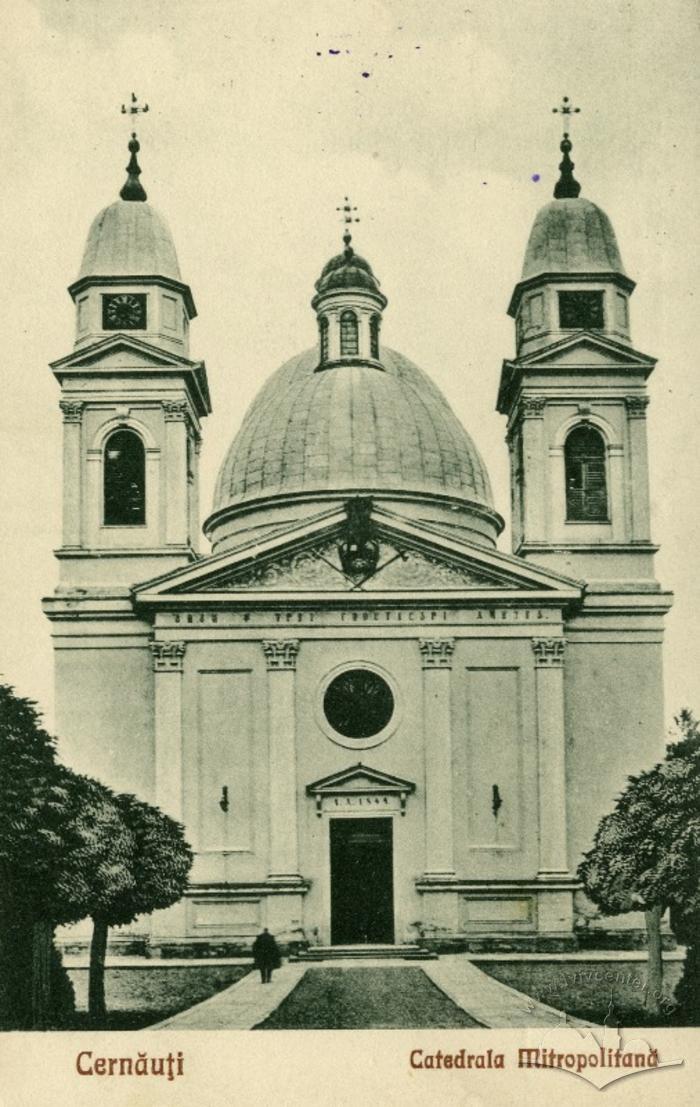 The postcard shows the front facade and the main entrance of the Geek Orthodox Cathedral of the Decent of the Holy Spirit in Cernăuţi (Chernivtsi). The Cathedral was built between 1844 and 1864 under Bishop Eugen Hacman (Yevhen Hakman) on a spot between Herrengasse and the Holzmarkt (later Austria Platz). It was financed with funds of the Griechisch Orientalischer Religionsfonds (Funds of the Greek Orthodox Church in the Bukowina, administrated by the state). Legend has it that the church is a smaller version of a plan that originally took part in the competition for the Isaak Cathedral in St.Petersburg, Russia. The board of  architects was directed by Anton Röll, the frescos were painted between 1892 and 1896 by Karl Jobst, both from Vienna. From 1873 on Czernowitz was seat of the Metropolitan of the Bukowina and Dalmatia, head of all greek orthodox believers in the Habsburg empire. In the Soviet times, the church was turned into a warehouse and later a museum. In 1898 it was returned to the Orthodox community and restored. The postcards says "Catedrala Mitropolitana", indicates that also in the period of Romanian rule, Cernăuţi was the residence of the Metropolitan (Greek Orthodox bishop) of the Bukowina.
Helmut Kusdat