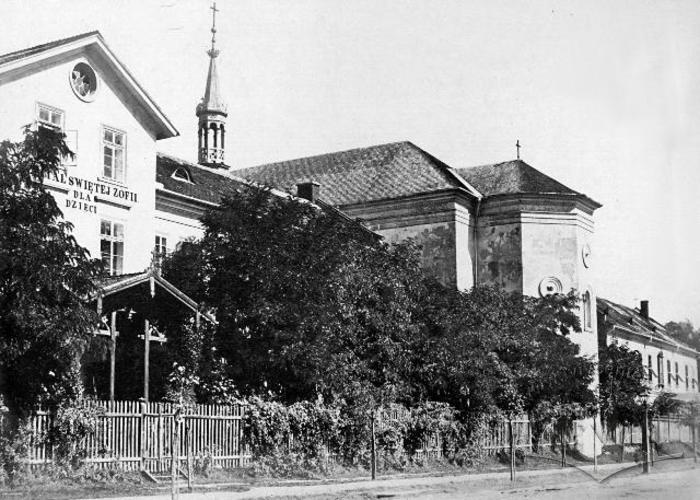 Buildings of the Lviv Polytechnical Institute

The St. Theresa Institution, founded in 1860, joined several charity institutions led by the Nuns of the Order of the Divine Providence, including a women’s correctional facility (active since 1850), a seamstress’ shop, a boarding school for girls (since 1858), the St. Sophia Hospital for indigent children (active in 1860-1878). The founding of the institution (1848) was initiated by Countess Jadwiga of Zamojski-Sapiega, the wife of Count Leon Sapiega, to honour the memory of her prematurely deceased daughter. The central building, housing the chapel of Our Lady of the Immaculate Conception (today S. Bandera St., 32-34), was constructed in 1860-1862 by architect Józef Franz. Sophia of Fredr-Szeptycka herself painted the icon of Our Lady of the Immaculate Conception for the chapel. During the First World War the Institution housed a Red Cross Hospital. The nuns abandoned Lviv after World War II, and their former Institution now houses deparments of the Lviv Polytechnical Institute.