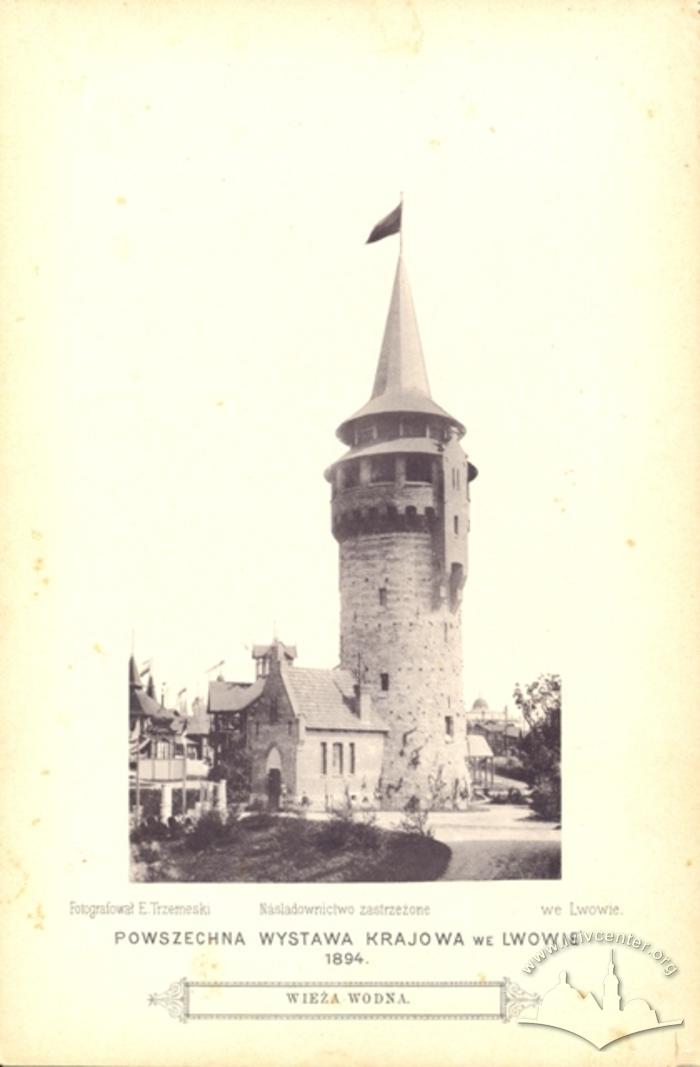 The tower is one of the three objects of the Regional exhibition, preserved until now (the tower, Palace of Arts, Raclawicka Panorama rotunda). Object # 32 (in accordance with the exhibition plan) with the area of 99.58 m2, built of stone and bricks, situated in the south-eastern part of the exhibition; behind the tower there is a fragment of Nemojowski’s pavilion. The primary project of professor Yulian Zachariewicz was finished off by architect Michal Luzecki. The tower was constructed by Jakub Balaban and Wlodzimierz Podhorodecki. The tower in middle ages style was one of the decorations of the exhibition, besides, it functioned as a water collector. Water supply turned to be a serious problem for the exhibition administration, as there were no natural water sources on this territory. The closest spring, situated in Zalizni Vody park, could give only 300 m3 of water. Water was needed for the fountains (10 m3), maintaining the work of steam boilers and artificial ice production ( 80 m3); for watering the cattle, displayed in the agricultural sections of the exhibition; for restaurants’, cafés’ and confectioneries’ service, for the toilets and cleaning of the territory; for the unforeseen consequence – 400 m3 all in all. There was installed a water tower collector  on the 18-th meters hight with the capacity of 60,000 liters, which was constructed by Leon Zieleniewski's Cracow machine factory.