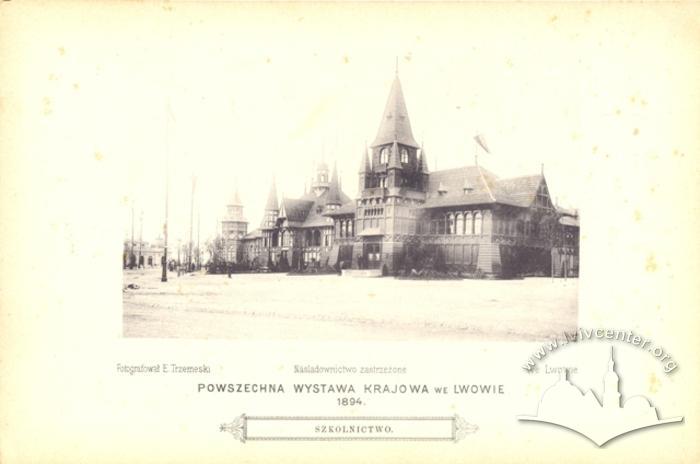 Regional Schooling council pavilion was built with the costs of Galician Governor count Kazimierz Badeni (on some plans pavilion is even marked as Governor Badeni’s pavilion). It was situated close to the central alley, between the main square of the General Regional Exhibition and the industry pavilion. The project was designed by architect Zygmunt Gorgolewski and the construction was directed by Bauer. The exposition consisted of two halls and presented the development of folk (primary) and secondary schools in Galicia in 1868-1894. Nowadays the building doesn't exist.