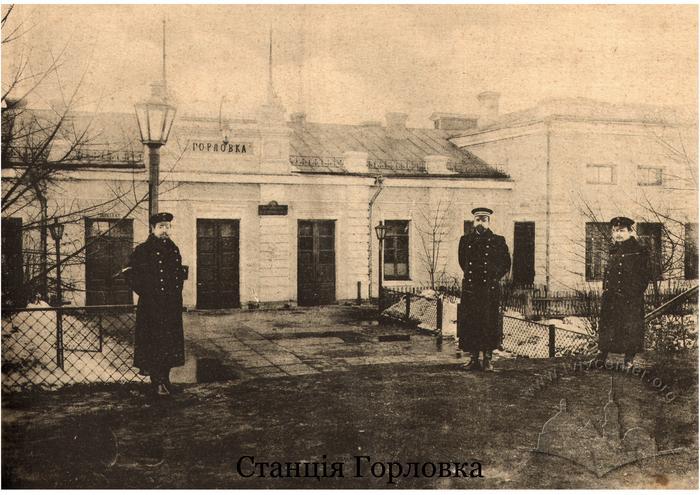 The building of the railway station of Horlivka

As of 1912, the station was an important shipping and transit hub. Its annual freight turnover reached 54 million poods a year. There was a little settlement not far from the station, where 54 commercial institutions were concentrated with an aggregate turnover of 220 million roubles.

Quite close to the station the mines of the South Russian Coal Industry Company were situated; the Company was created almost at the same time with the Kursk-Kharkiv-Azov Railway Company (1868).