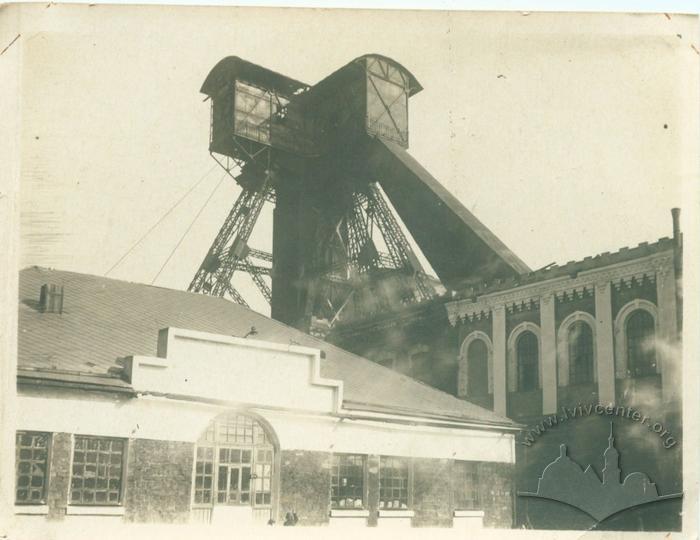 The administration building of the Korsun Mine Nr 1

The mine was built in 1871-1873 and put into operation in January of 1874. A working village sprang up near the mine and was named Horlivka in honour of engineer P. M. Horlov (now it is a town in the Donetsk region).

The construction of the mine was managed by the South Russian Coal Industry Company. It was the first capitalist coal company in the central area of the Donbas region; its basic capital was 1.7 million roubles (5 million roubles in 1913).

The Korsun mine was constructed and operated with due regard for the latest achievements of mining industry. For the first time in mining practice P. M. Horlov used an advanced (for that time) system of coal mining. Equipped with the newest machines, the mine became one of the biggest mining businesses of the Donbas. In 1879 over one thousand miners worked there and over 3.6 million poods of coal were mined. As for its technical equipment the mine was one of the best in the Donbas.

As of 1913, the mine produced 50 million poods of coke per year; its annual production was 6.3 million roubles. 4.4 thousand workers worked at the mine. Its level of mechanization is indicated by the number of machines as it had 55 steam and electric engines with an aggregate power of 9.2 thousand h. p.

In 2001 the mine was liquidated according to a plan of the closure of unprofitable mines in the Donetsk region.