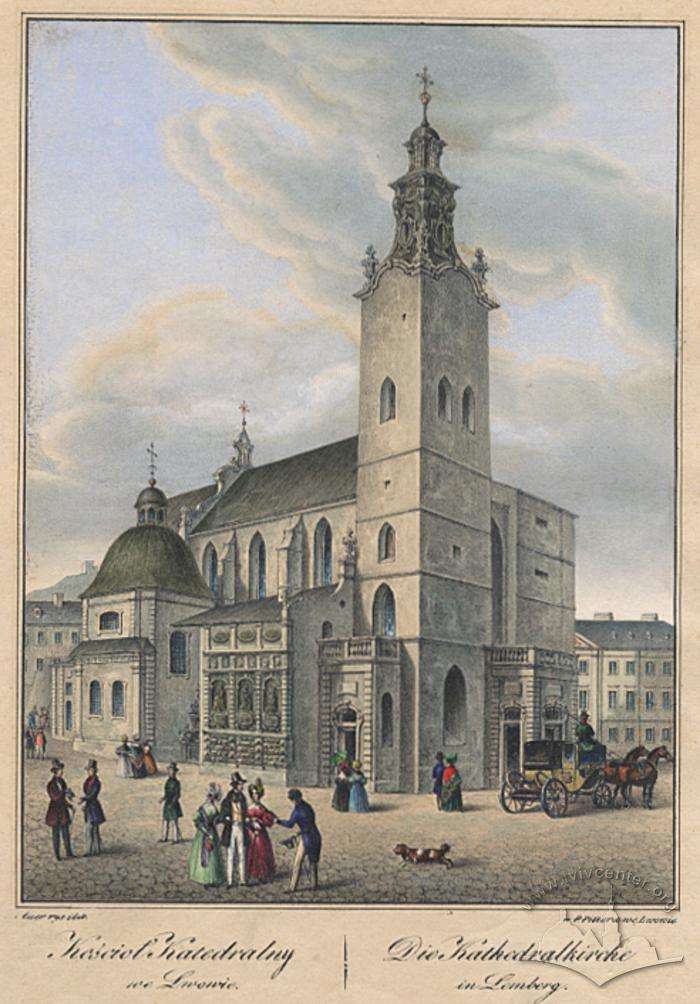 Cathedral of the Assumption of Our Lady

A characteristic depiction of the Roman Catholic Cathedral, dominating the general contour of the city. In the foreground lies Katedralna square, bustling with many city-dwellers, which gives the picture its special poetic and romantically tinted character. Foundations of the main Roman Catholic sanctuary of Lviv were laid in 1360 by King Kazimierz the Great. Construction of the Cathedral, based on plans by Peter Stecher took a comparatively long time. In 1479-1481 construction was finally completed by architects Joachim Grom and Ambrozy Rabisz. The building is a three-nave church of stern and simple, but simultaneously monumental and noble forms with an elongated altar. A massive tower is adjacent on the western façade. Another adjoining tower only reaches roof level. The church is graced by high elongated stained-glass windows, as well as a series of counterforces propping up the walls. The church saw many reconstructions over the course of its existence; its original Gothic forms were replaced by Baroque ones. In the course of the reconstructions, many of the chapels that had sprung up around the original church over the centuries, were demolished, leaving only a few, such as the Campians’ chapel. Karl Auer’s depiction of the Cathedral is well-crafted, precise and detailed, and its use of perspective is masterly.
Oleh Vvedenskyi