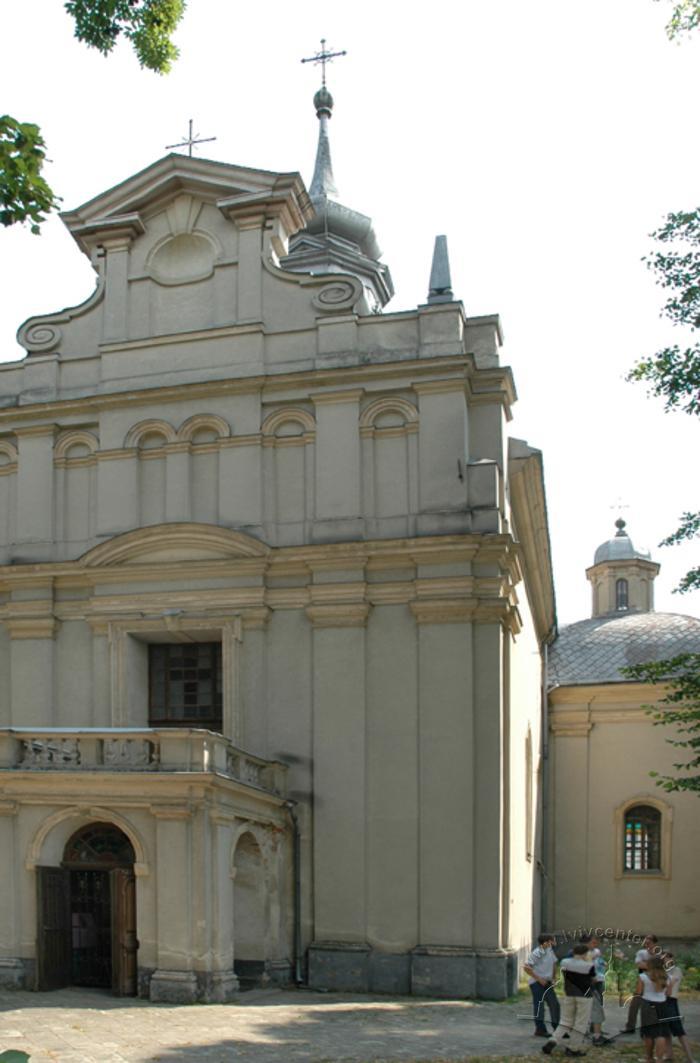 The Church of the Transfiguration of Our Lord

The city in the wide valley of Vyrta river in the vicinity of Staryi Sambir was first mentioned in 1374. The mention was in connection with the fact that Prince Władysław of Opole bestowed on the family of Herburts from Austrian Silesia the right to own lands along the Vyrta river, including the city of Dobromyl. The city was granted Magdeburg rights in 1566; by the seventeenth century Dobromyl was surrounded by fortifications.The reconstructed high castle, the defensive construction of the Basilian monastery, and the palazzo-like low castle, where noble families resided, also performed fortifying functions. The low castle did not survive to the present day, due to numerous enemy attacks, fires and ruination. The late-Renaissance Church of the Transfiguration of Our Lord (originally the Church was consecrated to the Holy Trinity) was constructed in the second half of the sixteenth century with funds provided by the Herburt family. The Herburts’ Chapel was added from the south side in 1622; the Chapel of St. Kinga was added later from the north side. The altar of this chapel held an icon, portraying the legend of the ring. The church suffered much ruination in 1648, and underwent substantial reconstruction and renovation in 1719-1763. The interior of the church holds memorial plates dedicated to the Jagiellonian University, and the Battle of Grünwald. A belfry was constructed next to the church in 1910.
Oleh Vvedenskyi