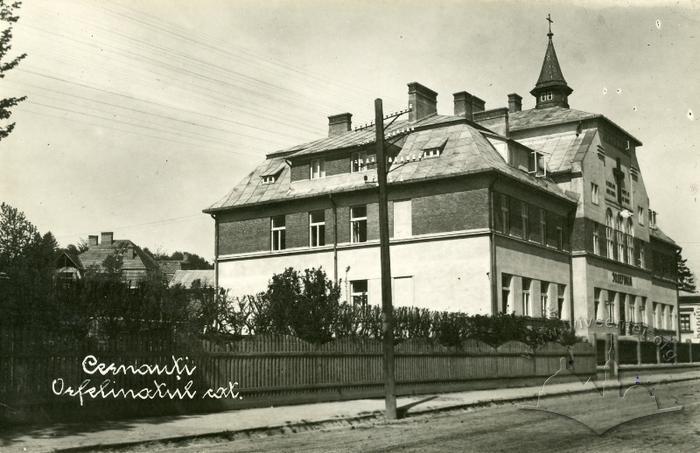 The postcards shows the former Catholic Orphanage in Chernivtsi. It was called ‘Josefinum’, situated in 28-ho Tschervnja Street, former Franzensgasse or Strada 11. Noembrie. The first orphanage was founded by the Catholic community in 1887. The buiding on the photo, however, was finished only in 1934. It was run by nuns of the order of the Holy Franz of Assisi, first by “Felizianerinnen”, later in the 1930s by Franziscan nuns from Germany. In 1936 the orphanage was home to 50 children, taken care of by 11 nuns. It was also used as headquater of various German social and cultural assotiations. In 1933 Chernivtsi was home to 18000 Catholics, 12000 of them were of German origin. The building with its chapel was used until the year 1940 when almost all people of German origin left the Soviet Union for Germany. The Soviets used the house as a school.
Helmut Kusdat