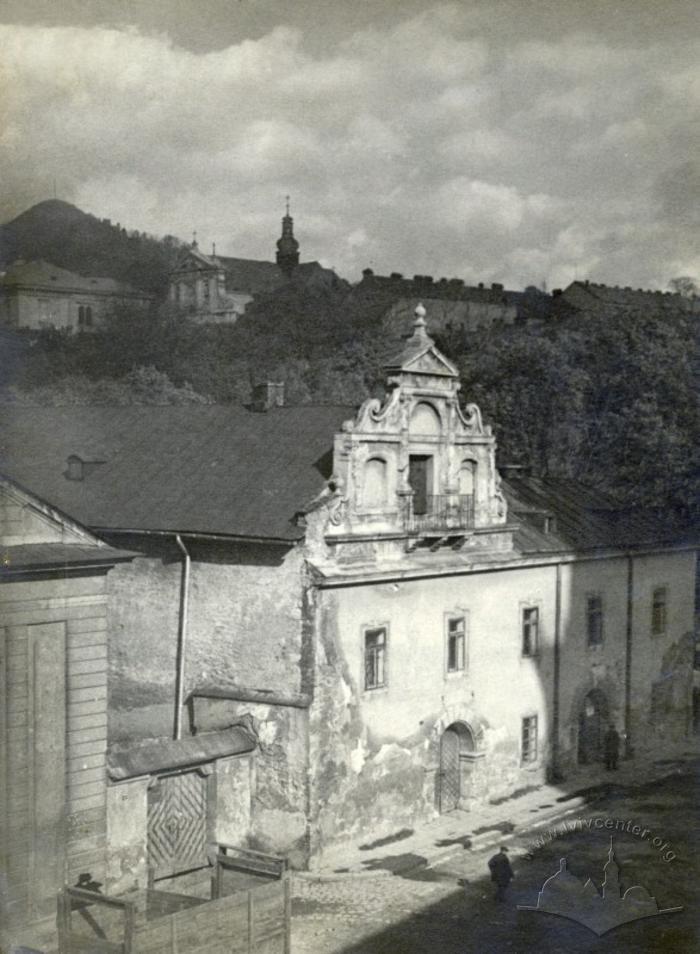 In this picture – a sufficient archaic view of the Royal Arsenal. In 1639-1646, in preparing for war with Turkey, King Wladyslaw IV built an ammunition depot – a Royal Arsenal (Armarium militari), the builder of which was a distinguished engineer-fortificator, General of the Royal artillery, Pawel Grodzicki. During Austrian rule the arsenal was used as a repair shop and as the warehouse for h.m. artillery. In the postwar period the Government archives of the Lviv oblast were placed on the premises of the former arsenal.