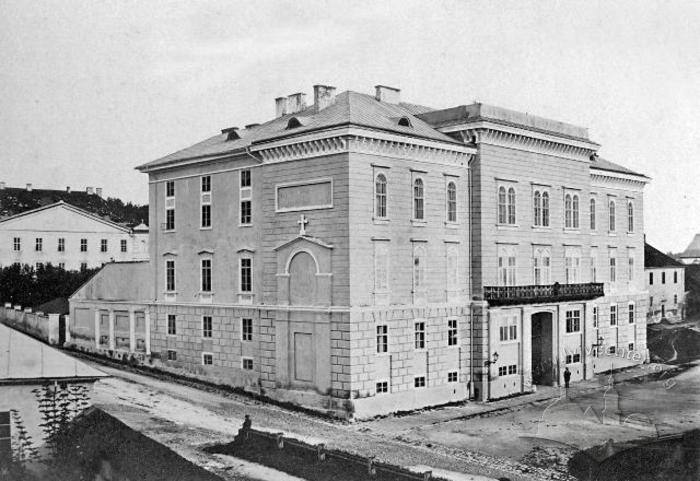 The building of Roman Catholic archdiocese

Palace of the Roman-Catholic archbishops, built in 1844 by architect Johann Saltzmann on the Góra Strzelnicza hill rising above the Wały Gubernatorskie park. Archbishop  Franz de Paula Pištek/Pisztek was a benefactor of this building. During the “Spring of Nations” in 1848 it was from this hill that General Hammerstein shelled Lviv, leaving many victims and destroyed buidlings. In 1886 the palace and its interior were restored. After the Second World War there were different institutions in the building, including the scientific research institute “Systema.” Since 2003 the Lviv Roman Catholic Archdiocese Curia is located in the palace.