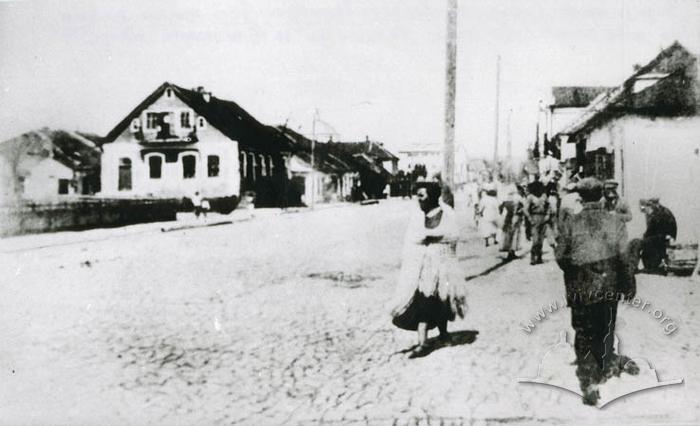 Soborna Street is situated in the central part of the city connecting Prybuzska Street and Independence Square. Laid in accordance with the city construction plan of 1824, it began from the square with the Cathedral (Ukrainian - "sobor") of the Birth of the Mother of God, from which it obtained its name. In the 19th Century the street was stone-paved; one- and two-story bourgeois buildings were constructed in it. In 1921, after the Soviet power set up, the street was named after the German Communist leader Karl Liebknecht. In 1991 its historic name was returned to the street. In the 1950’s-1980’s the part of the street pictured in the photograph was filled up with many-story buildings. Only the Cathedral of the Birth of the Mother of God has been preserved (its dome outlines can be noticed in the background).
Serhiy Esiunin