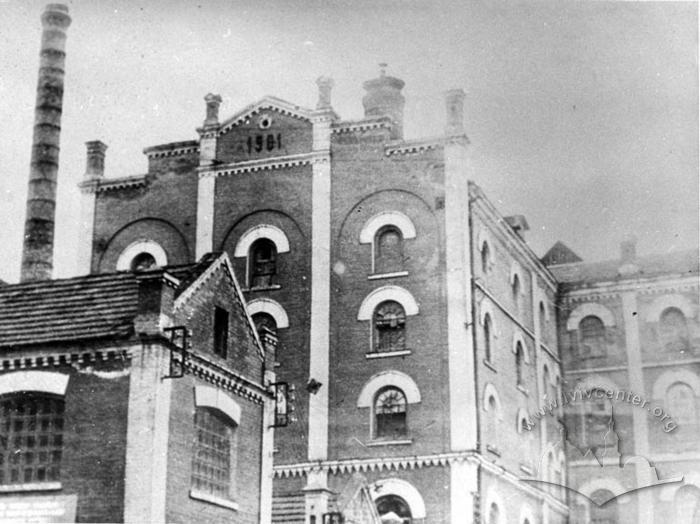 In 1898 the nobleman Leon Henrikhovych Klyave obtained documents permitting him to build a brewery in the area of Novy Plan (opposite the railway station). At the end of 1901 the plant released its first products. The enterprise occupied a whole block, including not only manufacturing facilities but also a wonderful park. The plant employed 46 people; the product output per year totaled 120 thousand Rubles; the main sorts of beer produced were "Bavarske" and "Klyave". The beer and malt of the Proskuriv brewery were considered some of the best in the Podilska province. For example, in July 1909 the Klyave plant won the right to represent the province in the all-Russian exhibition of beer brewing in St. Petersburg. The exhibition commission recognized the beer brewers from Podilya as the best and especially distinguished the Proskuriv barley malt that was included among the three best brewery products at the exhibition. All the buildings of the old plant are preserved; they are currently used by "Khmelpyvo" Ltd.
Serhiy Esiunin