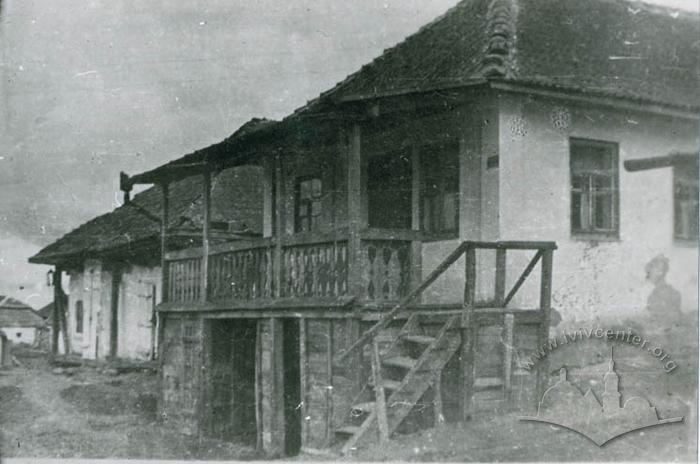 In the part of Proskuriv that is near the Bug river (in the area of the present Vaysera, Prymakova, Buzska and other streets), quarters were formed during the 17th and 18th Centuries to host the poorest members of the city’s Jewish population – craftsmen, traders, wagon drivers and others. The construction was mostly one-story and chaotic. The buildings captured in the picture have not been preserved.
Serhiy Esiunin