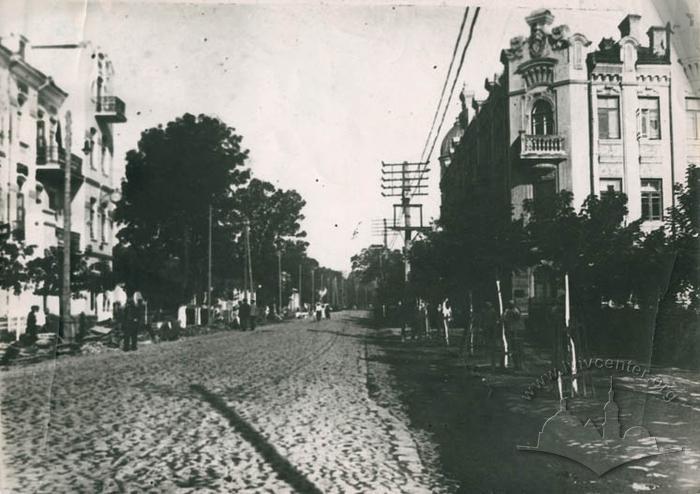 On the picture one can see the perspective of Proskuriv’s main street (presently the city of Khmelnitsky) at the beginning of 1930’s. On your right there is a former Berlyant’s house (1910) which housed the Red Cossacks headquarters and direction of the "Viyskobud" Branch No. 105. The building was undermined in 1941 by withdrawing Red Army; today a public garden with the sculpture of the "Angel of Sorrow" replaces it. On your left on the photograph is a former "Continental" hotel (1912), which was used by the state bodies during the Soviet times; the building has been preserved without any changes to present days. In 1921 the main street of the city was renamed from Alexandrivska to October 25 Street in honor of the 1917 October Revolution that had occurred on October 25 according to the old calendar style. Today October 25 Street (former Alexandrivska Street) is called Proskurivska Street and remains the central street of the city.
Serhiy Esiunin