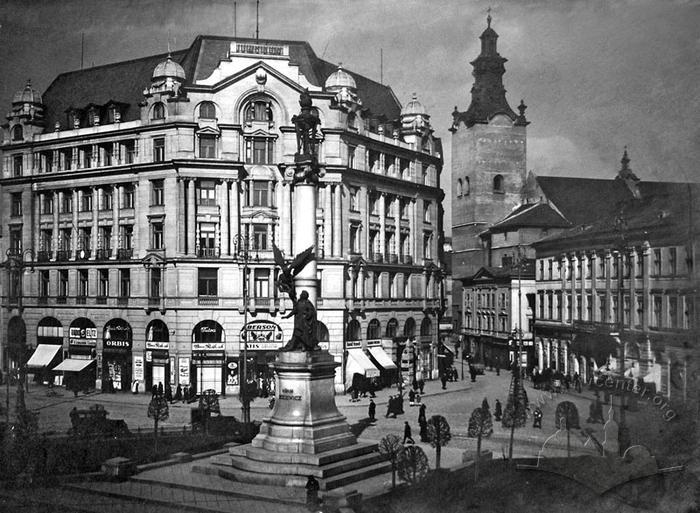 Adam Mickiewicz Monument against the Background of a Multistory Building

Building No. 8 behind the monument at one time was the highest building in Lviv – Lviv’s version of a skyscraper. It was built in 1914-1921 for businessman Jonah Sprecher, but its construction was associated with a scandal since all the architects of Lviv publicly objected to the project. During the interwar period many establishments were located here. During the Soviet era the largest bookstore in the city – "House of Books" – was located on the first floor of the building, where it still is located today.