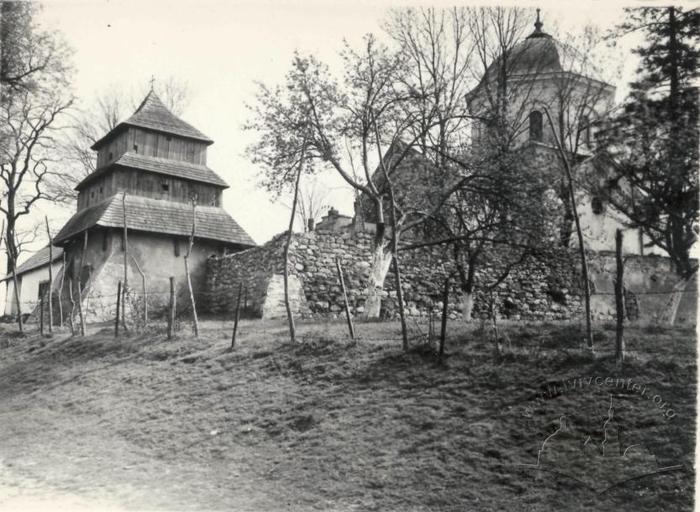 Nativity of the Virgin Mary Church

Nativity of the Virgin Mary Church of the 16th c. was built on a hillside, where, possibly, Shchyrets was located in the 12th c. After a number of Tartar invasions, fires and destructions of the temple, it was rebuilt in 1662, and gained its current appearance in 1892. At first, the church had three bells and had wooden cupolas on stone walls, but after the rebuilding and reconstruction of 1893, according to the work of the well known Galician architect Vasyl’ Nahirnyi, it was left with one cupola. During the reconstruction of 1934, led by the Lviv architect Lev Levynskyi, a new cupola was put in place and elegant arches removed when the cupola windows were surrounded by a wall. This simpler treatment of the top of the church broke the unity of the composition, put in place by the architect V. Nahirnyi. Then a “babynets” was built of cut stone, which split from the original project even more. Next to the entrance gateway-belltower of the Nativity of the Virgin Mary Church in the walls, a space was made for the deacon school. In the 19th c. it no longer functioned, and the building was used for the housekeeping needs of the church. In 1915 its roof, along with parts of the wall, were destroyed.
Andriy Kryzhanivskyy